If 'distance learning' works, students don't need to enter the United States, or get OPT 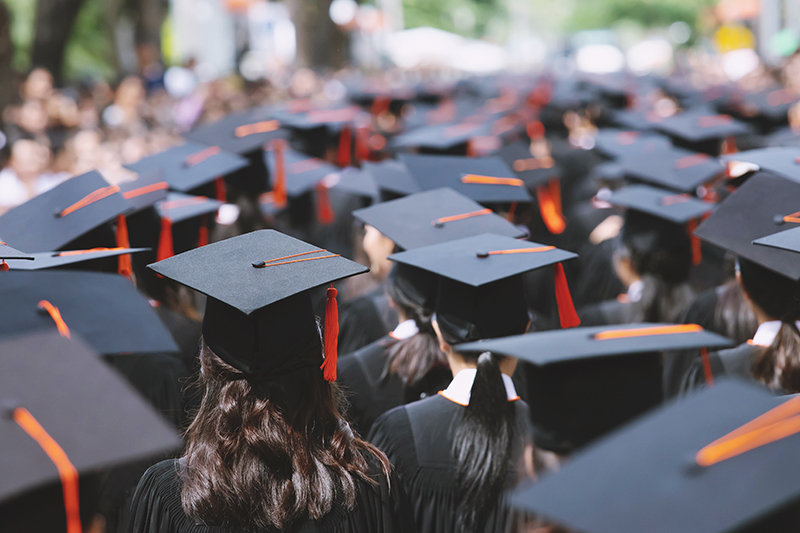 On Wednesday, the president issued a presidential proclamation (PP), suspending the entry of a limited number of immigrants for 60 days (subject to extension) in response to economic concerns resulting from the current Wuhan coronavirus pandemic. As the PP directs administration officials to review nonimmigrant programs, the president is likely considering a similar suspension for some class of those aliens, as well. One class of nonimmigrants that he may want to suspend, temporarily or otherwise, are foreign students — which earlier reporting indicated had previously been under consideration. Doing so would free up jobs for American workers, ending a subsidy that has no congressional mandate, while likely still allowing those foreign students to study at American schools online.

There are practical reasons for suspending the entry of foreign students at this point. First, many colleges are currently offering their classes exclusively online, and there remains lingering uncertainty that some will be reopening their classrooms in the fall. Second, given the fact that the proclamation is limited in duration, it makes little sense at this juncture to admit foreign students to the United States simply to take online classes.

Logically, even if classrooms do reopen, it would be possible for foreign students to attend American colleges and universities without entering the country at all, since we are in the midst of online education nationally already. In fact, such "distance learning" is not a new idea at all: Education Corner states that it dates back to 1728, likely cold comfort to parents working from home who are sharing the WiFi with their undergraduate "children".

To facilitate distance learning for so-called "institutions of higher learning" (IHEs), the Department of Education issued proposed regulations on April 2 "to reduce barriers to innovation in the way institutions deliver educational materials and opportunities to students, and assess their knowledge and understanding." Under the proposed rule, IHEs "would have an easier time rolling out new models for online programs, while a wider variety of higher-education providers would have access to federal student aid dollars."

This was not a Wuhan coronavirus stopgap. As the department's press release explains, the work on those regulations was more than a year in the making, although the header makes clear that the current "public health emergency underscores the need" for those rules.

"With our support, colleges and universities were among the first to transition to online and distance learning so learning could continue during the coronavirus pandemic. ... Frankly, though, they are working within the confines of stale rules and regulations that are in desperate need of rethinking. We know there are fewer and fewer 'traditional' students in higher education, and this current crisis has made crystal clear the need for more innovation. It's past time we rethink higher ed to meet the needs of all students. Fortunately, we started work last year to develop a new set of standards that are responsive to current realities, that embrace new technology, that open doors for much-needed innovation in higher education, and that expand access for students to the flexible, relevant education opportunities they need."

If IHEs can offer online and distance learning, then there is no real requirement for most foreign students to come to the United States to attend classes and take tests. And the capacity for such learning appears to already be largely available.

On March 25, Inside Higher Ed reported that in a spring 2019 survey (before the current crisis): "About 60 percent of chief online officers said their college or university required faculty members to engage in some formal training before teaching online." Further: "The survey also asked the online learning leaders whether their institutions had teaching and learning centers that provide support to faculty members for using technology or innovative practices in their classrooms. More than three-quarters did."

Necessity being the mother of invention (and innovation), those numbers are most certainly much higher today. If they are not, the IHEs have failed their students, and are wasting tuition dollars and taxpayer money.

I will note that according to Inside Higher Ed, some 70 percent of those surveyed stated "they did not require students to take training or orientation in studying online before they took a virtual course." While that may seem shocking at first blush, given the tech savvy of the college-age and graduate-school cohort (in the United States and beyond), one would question how much training the average 18- to 35-year-old needs to log into a college web portal, access online materials, watch webcast lectures, and take exams electronically. Again — many if not most students in higher education are doing so today.

Allowing (or requiring) foreign students to attend online classes at American IHEs from their home countries would also resolve the various inequities caused by the Optional Practical Training (OPT) program, which my colleagues David North and John Miano have detailed at some length.

As U.S. Citizenship and Immigration Services describes the program:

[OPT] is temporary employment that is directly related to an F-1 student's major area of study. Eligible students can apply to receive up to 12 months of OPT employment authorization before completing their academic studies (pre-completion) and/or after completing their academic studies (post-completion). However, all periods of pre-completion OPT will be deducted from the available period of post-completion OPT.

Measured by the number of workers per year, the largest guestworker program in the entire immigration system is now student visas through the Optional Practical Training program (OPT). Last year over 154,000 aliens were approved to work on student visas. By comparison, 114,000 aliens entered the workforce on H-1B guestworker visas.

Because there is no reporting on how long guestworkers stay in the country, we do not know the total number of workers in each category. Nonetheless, the number of approvals for work on student visas has grown by 62 percent over the past four years so their numbers will soon dwarf those on H-1B visas.

The troubling fact is that the OPT program was created entirely through regulation with no authorization from Congress whatsoever. It has been going on for so long, that many people assume that Congress authorized OPT when in fact, Congress has explicitly changed the law to prohibit it.

You can read his analysis for the "interesting" history of that program.

And significantly, as North has detailed at length, employers of aliens who are working under OPT are not required to pay payroll taxes for the Social Security and Medicare trust funds for those workers, "thus saving themselves about 8.25 percent on the wages paid to alien alumni. The alien workers are excused from paying these deductions as well, costing the two trust funds more than $2 billion a year." This de facto subsidy makes OPT workers cheaper (and more attractive) than their American worker counterparts.

This was a bad program before the American economy was largely shut down indefinitely to stem the spread of the Wuhan coronavirus. It is an unconscionable one considering the fact that "OPT beneficiaries" are now working at jobs that are not going to the 26.5 million Americans who have applied for unemployment in the last five weeks.

Finally, there are concerns as to whether we should be allowing some foreign nationals access to American IHEs to study specific subjects, at all. In particular, on Sunday, Sen. Tom Cotton (R-Ark.) questioned whether Chinese nationals should be allowed to study in the United States in specific STEM-related fields, asserting it is:

[A] scandal that the United States has trained some Chinese nationals to "go back to China to compete for our jobs, to take our business, and ultimately to steal our property and design weapons and other devices that can be used against the American people."

Cotton is not the first to raise these concerns. NPR reported in June:

Universities have been advised to monitor students and scholars associated with those entities on American campuses, according to three administrators briefed at separate institutions. FBI officials have also urged universities to review ongoing research involving Chinese individuals that could have defense applications, the administrators say.

While law enforcement agents have discussed university monitoring of other nationalities as well, these FBI briefings addressed visitors from China in particular who are involved in science, technology, engineering and math.

All of that said, Forbes reports that for the Fall 2020 term:

Schools that rely on foreign students will be badly hobbled. The age of Trump had already acutely cramped the brand of American education as well as limited the access of foreign students.

With America overrun by COVID-19, as well as everything that's exposing, the foreign student slowdown will grind to a halt. Schools that relied on foreign students to meet their recruitment, enrollment or budget goals are probably in serious trouble and probably will be for a long time.

So, limitation or suspension of student visas may not cause much disruption at all, because, if the foregoing is correct, many foreign nationals will not choose an American IHE to begin with. All the more reason for the president to act.

At a Tuesday press conference, the president stated: "It would be wrong and unjust for Americans laid off by the virus to be replaced with new immigrant labor flown in from abroad. ... We must first take care of the American worker." I know a place he can start.