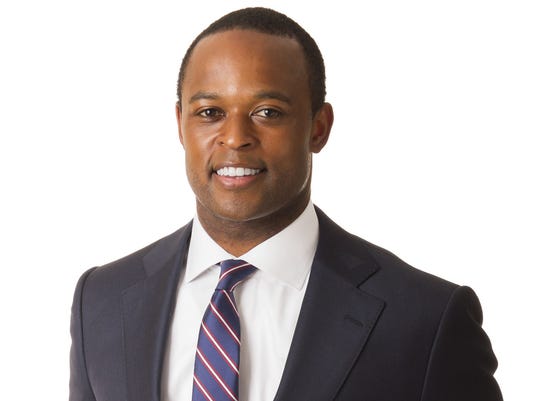 Lost in much of the reporting from Tuesday's off-year elections in Kentucky was the victory of 33-year-old African-American Daniel Cameron as the state's Attorney General (AG). Cameron, a Republican who served as general counsel for U.S. Senate Majority Leader Mitch McConnell, ran on an anti-drug and pro-immigration-enforcement platform, demonstrating support for a tougher stance on the latter issue than perhaps even his old boss would share. Cameron's election shows that a pro-enforcement platform has "legs", even in a battleground state.

Why do I believe that Kentucky is a "battleground state"? Much of the national press has focused on the apparent victory of Democrat Andy Beshear over incumbent Republican Governor Matt Bevin. They're touting it as (in the words of CNN) "an ominous sign for the President heading into his 2020 reelection bid" in a state that Trump carried by 30 points in the 2016 election.

Bevin had his own baggage (notably questions about Medicaid expansion and a fight with the state's teachers over pension cuts), and Beshear's father was Bevin's predecessor, so some context is helpful with respect to that election. And the final returns show Beshear with a 5,798-vote lead over Bevin, out of 1,413,596 votes cast — not exactly a landslide if the final tally holds.

Back to Cameron, however. He defeated Democrat Greg Stumbo to win an office that Republicans had not held in seven decades, with over 57 percent of the vote. In his campaign, Cameron said "his priorities as attorney general would be to tackle Kentucky's opioid epidemic and crimes against children, in addition to ensuring Kentucky does not become a so-called 'sanctuary state' for undocumented immigrants."

Promising to fight drugs and protect children are not what we would call "wedge issues" in any campaign, or at least in any reasonable precinct. Notably, however, Cameron's short platform stated that he wanted to: "Reestablish the [AG] office's credibility and return it to its position as the chief law enforcement office of the Commonwealth of Kentucky. ... By better leveraging our relationships with our federal partners."

That is a somewhat vague statement, but one that he clarified on the campaign trail:

The candidate said it would be crucial for the attorney general to work with federal prosecutors and other law enforcement to lessen the impact of drug trafficking and overdoses in the state.

Cameron voiced support for legislation introduced ... in the Kentucky General Assembly and touted by Bevin that would prevent local governments and state universities from adopting so-called "sanctuary policies" for undocumented immigrants in the U.S. and direct those agencies to work with law enforcement in support of federal immigration laws.

In expressing his support, Cameron said working with state and federal law enforcement on this issue was "the responsible thing to do."

Cameron also contrasted himself from Stumbo by mentioning Stumbo's past support of legislation that would have given illegal immigrants access to driver's licenses.

Stumbo sponsored in 2013 a proposal that would have enabled people 18 or older who have resided in Kentucky at least three years but could not prove U.S. citizenship to obtain a "certificate for driving," a document legally separate from an operator's license that could not be used for identification purposes.

The bill failed to become law, but Cameron zeroed in on that legislation as a way to portray Stumbo as soft on immigration.

"I think it's a disappointment to see him offer something of that nature, especially in light of the fact that he wants to be the chief law enforcement officer in Kentucky," Cameron said. "He's essentially said to federal law enforcement that enforcing federal law shouldn't happen here in Kentucky and I take a very different view." [Emphasis added.]

Notably, Stumbo had been speaker of the Kentucky House of Representatives until losing his seat in a 2016 election that saw Republicans flip the body. He had served as speaker since 2009, so his 2013 support for driver's "certificates" for illegal aliens should have been a sure thing. The legislation in question, House Bill 396, never received a vote, however.

Immigration became a major issue in the run-up to the November election, as Cameron released an advertisement in October referencing Stumbo's support for licenses and suggesting that he wanted "to turn Kentucky into a sanctuary state". It included a graphic showing one of the Democratic presidential debates captioned "Democrats Double Down on Open Borders", with a voiceover that states: "National Democrats scream 'let them in', and Greg Stumbo agrees."

Interestingly, Stumbo's campaign contended that the ad was incorrect and racist, and that it took "a page from the 'white nationalist's play book.'" SpectrumNews1 included the following response from the campaign:

"It is truly shameful that the first African American candidate for statewide office in Kentucky would resort to such blatant racist attacks against our immigrant communities in order to score a few cheap political points," said Meredith Scalos, Campaign Spokesperson for Greg Stumbo. "It's one thing for Daniel Cameron to call Greg Stumbo an "old white man," but pitting Kentuckians against other innocent Kentuckians who have immigrated here legally should be a bridge too far for any voter who believes in social and racial justice."

These plaints apparently failed to resound with the voters, while Cameron's message resonated. This suggests that the effectiveness of equating reasonable immigration enforcement with "white nationalism" and racism may be waning; if nothing else, in this instance the equation was, at best, inapt.

The success of Cameron's message should be a lesson for other candidates in other battleground states. It is not extremism to suggest that states should be cooperating fully with their federal partners, or that enforcing the nation's borders is an essential duty of government. And, in politics, the most reasonable ideas are usually the best ones.

By the way — the AG that Cameron will be replacing, whose office needs to have its "credibility" reestablished? Democrat Andy Beshear.

I am grateful for the assistance of Center intern Emmanuella Cummins in research for this post.