Weaknesses had been exposed by government watchdog 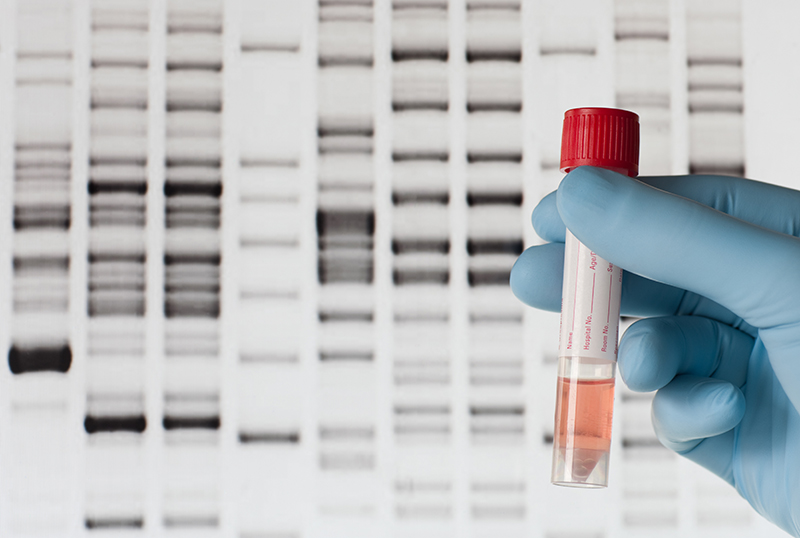 The Department of Justice (DOJ) is proposing to amend a regulation (implementing a federal statute) that exempts the Department of Homeland Security (DHS) from collecting DNA samples from certain immigration detainees. This amendment would apply primarily to aliens who are detained after entering the United States illegally or without proper documents, whose DNA is not now routinely collected. If enacted, it will better enable the government to identify aliens seeking entry who have a criminal record, or are suspects in crimes. The proposed rule will also return authority to the attorney general (AG) to determine whether, and in what circumstances, such DNA samples should be collected.

Pursuant to that act, the AG may delegate the collection of DNA samples to "any other agency of the United States that arrests or detains individuals or supervises individuals facing charges." As the proposed rule explains, this law grants the AG the authority "to establish and administer a government-wide sample-collection program for persons in the covered classes."

The AG implemented this statute by regulation, 28 C.F.R. § 28.12. Subsection (b) therein places the responsibility for collecting DNA samples on the agency "that arrests or detains individuals or supervises individuals facing charges." With respect to most aliens detained for immigration-law purposes, this would be Customs and Border Protection (CBP) and Immigration and Customs Enforcement (ICE).

As currently written, the regulation exempts DHS from collecting DNA samples from four categories of aliens.

The first is aliens who are being processed for LPR status. The proposed rule explains: "This reflects that the rule's objectives in relation to non-U.S. persons generally concern those implicated in illegal activity (including immigration violations) and not lawful visitors from other countries." (Emphasis added.) Simply put, this is not a random DNA collection scheme for a broad category of aliens, but rather a targeted program allowing the government to identify potential criminals.

The second exemption applies to aliens who are undergoing inspection at the ports of entry. Although those individuals are temporarily detained for such inspection (such as at secondary inspection at the airport), if those aliens are not subsequently detained for expedited removal or regular removal proceedings under section 240 of the Immigration and Nationality Act (INA), they are not subject to DNA collection. Such inspection is rigorous, and many tools are available to inspectors at the ports of entry to identify criminal aliens. Considering this, given the purpose of the proposed rule to identify those who are implicated in illegal activity, such testing would not be as necessary as it is when attempting to identify aliens who have entered illegally, and this exemption would not be affected by the proposed rule.

The third exemption in the current regulation relates to the collection of DNA samples from those detained for maritime interdiction — on the high seas, for example, where the Coast Guard has the authority to stop vessels. Logically, as the proposed rule explains, this exception applies "because collecting DNA samples in maritime interdiction situations may be unnecessary and practically difficult or impossible." If there were a question as to admissibility, the alien would not be permitted to land, and if permitted to land, the alien could be subject to further inquiry in the controlled setting described above. This exemption is also not affected by the proposed rule.

The proposed rule would, however, strike 28 C.F.R. § 28.12(b)(4), which currently exempts DHS from collecting DNA samples from "[o]ther aliens with respect to whom the Secretary of Homeland Security, in consultation with the Attorney General, determines that the collection of DNA samples is not feasible because of operational exigencies or resource limitations."

That exemption was included when the regulation was promulgated in December 2008 because it was believed that it might not be possible to collect DNA from all those who were detained for immigration violations, including, as the proposed rule notes, "the hundreds of thousands of illegal entrants who are taken into custody near the southwest border of the United States each year." In 2010, then-Secretary of Homeland Security Janet Napolitano did in fact advise the AG that it was not feasible to collect DNA samples from this class of alien detainees.

DNA-sample collection from persons taken into or held in custody is no longer a novelty. Rather, pursuant to the mandate of [8 C.F.R.] § 28.12(b), it is now carried out as a routine booking measure, parallel to fingerprinting, by Federal agencies on a government-wide basis. The established DNA-collection procedures applied to persons arrested or held on criminal charges can likewise be applied to persons apprehended for immigration violations.

There will be a phase-in period if the proposed rule is adopted. Specifically, the AG "will review DHS's capacity to implement DNA-sample collection from non-U.S. person detainees as required by the regulation. The Department of Justice will work with DHS to develop and implement a plan for DHS to phase in that collection over a reasonable timeframe."

The proposed rules cites to numerous reasons for this change, aside from the fact that the collection of such DNA samples is now much easier and simpler than it was almost a decade ago.

First, most of the aliens who are covered by the proposed change would have committed at least one crime by entering the United States illegally, a fact that was recognized at the time the current regulation was originally promulgated:

A further relevant consideration is that aliens who are apprehended following illegal entry have likely committed crimes under the immigration laws for which they could be arrested. ... Most accept prompt repatriation and are not prosecuted, but a substantial number are prosecuted. Whether prosecution will be pursued is a matter of executive discretion, and the decision about that may not occur until some time after the alien's apprehension.

Carrying this point one step further, the proposed rule notes: "The practical difference between criminal arrestees and immigration detainees, for purposes of DNA-sample collection, has been further eroded through policies favoring increased prosecution for immigration violations." In fact, as my former (Democratic) colleague on the House Judiciary Committee, Nolan Rappaport, noted recently, FY 2019 saw the highest number of criminal prosecutions for "immigration-related offenses since record keeping began more than 25 years ago."

Critically, the proposed rule recognizes that DNA collection from aliens who have evaded the rigorous legal-entry process could lead to the identification, and prosecution, of aliens who have committed non-immigration related criminal offenses:

The need for consistent application of DNA identification measures may be particularly compelling "in relation to aliens who are illegally present in the United States and detained pending removal," because "prompt DNA-sample collection could be essential to the detection and solution of crimes they may have committed or may commit in the United States ... before the individual's removal from the United States places him or her beyond the ready reach of the United States justice system."

The "may commit" language recognizes the fact that, as I have recently explained, "criminal aliens commit crimes" — with an average of eight arrests per criminal alien, according to a sample examined by the Government Accountability Office.

I should note that even under the Trump administration, the current regulation governing the collection of DNA samples by DHS from criminal detainees has not been strictly followed. Specifically, in August 2019, the U.S. Office of Special Counsel (OSC) "alerted the President and Congress that [CBP] has for years failed to comply with a law mandating collection of DNA samples from detained criminal subjects."

For those who are not familiar with it, OSC "is an independent federal investigative and prosecutorial agency", whose "primary mission is to safeguard the merit system by protecting federal employees and applicants from prohibited personnel practices, especially reprisal for whistleblowing." OSC is not an immigration-enforcement agency, or a tool of administration policy. It is a watchdog to protect federal employees who allege government wrongdoing.

Shockingly, that office disclosed in August:

Whistleblowers notified OSC that CBP has evaded [the DNA Fingerprint Act of 2005] over the last decade citing a temporary Obama-era exception. The failure to collect DNA has allowed subjects accused of violent crimes, including homicide and sexual assault, to avoid detection even when they have been detained multiple times by CBP or by Immigration and Customs Enforcement.

In letters to the President and Congress, Special Counsel [Henry] Kerner found CBP's investigation and findings to be unreasonable. He also recommended the Department of Justice review the applicability of the 2010 memorandum CBP continues to use as a basis for its inaction. [Emphasis added.]

While I have no reason to believe that OSC's report was the sole impetus for the proposed rule, its findings bolster DOJ's recommended limitation on the authority of DHS to exempt aliens who have entered illegally from DNA collection.

In identifying criminal suspects, the collection of DNA samples from this class of aliens will also serve to protect detention personnel, a fact alluded to in the proposed rule:

[A] match between the DNA profile of a person in custody and DNA left by the apparent perpetrator at the site of a murder is important information that officers and agencies responsible for the person's custody should have, a consideration that applies equally whether the detention is premised on a criminal law violation or an immigration law violation.

That rule notes that information that an alien in DHS custody may have committed a crime in the past is also relevant to the likelihood that the alien will appear for future proceedings, or may pose a danger to the public if released. These facts are crucial considerations when DHS or the immigration court considers releasing an alien pending removal proceedings.

With respect to these points, the rule references the case of "Raphael Resendez-Ramirez, the 'Railway Killer,' who was executed in Texas in 2006":

Resendez is believed to have committed numerous murders in the United States, including at least seven in the 1997-99 period, as well as additional murders in Mexico. Resendez was repeatedly taken into custody and repatriated to Mexico, including eight times between January 5, 1998 and June 1, 1999, and on earlier occasions going back to the 1970s.

Suppose it had been possible on any occasion when Resendez was apprehended to take a DNA sample from him and match it to DNA evidence derived from any of his murders. The officers responsible for his custody would have been put on notice of his dangerousness upon receipt of the information, and he would have been held in custody for criminal proceedings rather than being released, thereby saving the lives of the victims he claimed thereafter.

This proposed rule's removal of the authorized exception to DNA collection for certain detained aliens appearing in 28 CFR 28.12(b)(4) will help to ensure that future avoidable tragedies of this nature will in fact be avoided, and that DNA technology will be consistently utilized to further public safety and the interests of justice in relation to immigration detainees, as has long been the case in relation to criminal arrestees, defendants, and convicts in the Federal jurisdiction.

Not surprisingly, immigration and privacy advocates have expressed concerns about this proposed regulatory change, as the Washington Post has noted, and the paper reports that "the new policy is likely to lead to legal action." This reflects as much on the use of the courts to curb Trump administration immigration initiatives (no matter how reasonable) as it does on the proposed limitations to the current regulation.

DOJ is soliciting comments on this proposed rule, which must be submitted by November 12, 2019. Logically, those advocates would have the opportunity to have their concerns aired at that time. But if they are unsuccessful, there is likely to be some amenable district court judge who will seek to tie up this amendment, despite the fact that it is plainly authorized by law.