Making it easier to detain families together 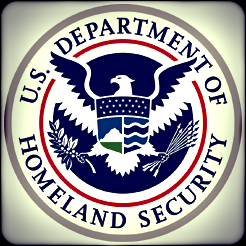 On Friday, September 7, 2018, the Department of Homeland Security (DHS) published in the Federal Register a notice of proposed rulemaking (NPRM) on "Apprehension, Processing, Care, and Custody of Alien Minors and Unaccompanied Alien Children" [UACs]. The rule would adopt regulatory provisions paralleling "the relevant and substantive terms of the" settlement agreement in Flores v. Reno with certain modifications "to reflect intervening statutory and operational changes while still providing similar substantive protections and standards."

Most "prominently", according to DHS, the rule:

[W]ould create an alternative to the existing licensed program requirement for family residential centers [(FRCs)], so that [U.S. Immigration and Customs Enforcement (ICE)] may use appropriate facilities to detain family units together during their immigration proceedings, consistent with applicable law.

I have written about the Flores settlement agreement in prior posts. Most importantly, I explained in my May 2018 Backgrounder "Catch and Release Escape Hatches", that:

The agreement, which was originally signed in 1997, has now been read to create a presumption in favor of the release of all alien minors, even those alien minors who arrive with their parents. As DHS has stated: "Under the Flores Agreement, DHS can only detain UACs for 20 days before releasing them to [HHS] which places the minors in foster or shelter situations until they locate a sponsor." The agreement encourages UACs to enter the United States illegally, and encourages the parents of UACs to hire smugglers to bring them to the United States. Further, it encourages people to bring their own children (or children whom they claim to be their own) when they make the perilous journey to the United States, thinking that it will make it more likely that they (the parents or purported parents) will be more likely to be released if they travel with children.

The NPRM notes that the Flores settlement agreement provides that it will terminate within 45 days of the publication of final regulations that implement that agreement.

That agreement originally addressed the custody policies of the former U.S. Immigration and Naturalization Service (INS), which was abolished on March 1, 2003, as the U.S. Citizenship and Immigration Services (USCIS) website notes. Responsibility for custody of removable aliens is now generally vested in ICE, with some important exceptions as relates to alien minors.

Subsequent to the signing of that agreement, two separate pieces of legislation altered the detention of UACs. First, section 462 of the Homeland Security Act of 2002 vested jurisdiction over the care and placement of UACs in removal proceedings with the Office of Refugee Resettlement (ORR) in HHS. Second, section 235 of the William Wilberforce Trafficking Victims Protection Reauthorization Act of 2008 (TVPRA) created a distinction between the return and detention of UACs from "contiguous" countries (Canada and Mexico) from aliens who are nationals of "non-contiguous" countries. As I explained in "Catch and Release Escape Hatches":

A UAC from a contiguous country can be returned if the alien has not been trafficked and does not have a credible fear. Under the TVPRA, however, [UACs from noncontiguous countries] are to be transferred to the care and custody of HHS within 72 hours and placed in formal removal proceedings, even if they have not been "trafficked".

Most significantly, however (as referenced above) in a July 6, 2016, opinion, the Court of Appeals for the Ninth Circuit held that the Flores settlement agreement "unambiguously applies both to minors who are accompanied and unaccompanied by their parents."

This has complicated the Trump administration's efforts to end "catch and release" of alien parents entering illegally with their children along the Southwest border, as I explained in a June 2018 post.

[A]ny program, agency or organization that is licensed by an appropriate State agency to provide residential, group, or foster care services for dependent children, including a program operating group homes, foster homes, or facilities for special needs minors.

As the NPRM states:

As long as the licensing must come from a state specifically (rather than from the federal government), DHS's ability to effectively use family detention is limited. A federal program (especially immigration enforcement) that the Constitution and Congress commit to federal discretion should not depend on state licensing, particularly when a well-established state licensing scheme does not already exist. In order to avoid separating family units, DHS needs to release adult family members in cases where detention would otherwise be mandatory and DHS determines parole is not appropriate, or in cases where DHS and/or immigration courts believe detention of the parent is needed to ensure appearance at future removal proceedings or to prevent danger to the community. Because of ongoing litigation concerning state licensure for FRCs, ICE rarely is able to hold family units for longer than approximately 20 days. The result is that many families are released in the interior of the United States.

The NPRM notes that "a significant number of aliens" who are not detained fail to appear for removal proceedings or don't seek asylum, "thus remaining illegally in the United States."

To address these issues, the proposed rule allows families to be detained together in federally licensed programs, instead of just facilities licensed by a specific state. Logically, there are few state licensing schemes for FRCs, because states don't have criminal detention facilities for families, only individuals.

Licensed Facility means an ICE detention facility that is licensed by the state, county, or municipality in which it is located, if such a licensing scheme exists. Licensed facilities shall comply with all applicable state child welfare laws and regulations and all state and local building, fire, health, and safety codes. If a licensing scheme for the detention of minors accompanied by a parent or legal guardian is not available in the state, county, or municipality in which an ICE detention facility is located, DHS shall employ an entity outside of DHS that has relevant audit experience to ensure compliance with the family residential standards established by ICE. [Emphasis added.]

This alternative licensing process is being proposed to enable DHS to house minors together with their parents or legal guardians in FRCs, subject to appropriate standards and oversight, even in jurisdictions in which an applicable licensing regime is unavailable. By providing an alternative to state licensure where such licensure is unavailable, DHS would appropriately preserve its ability to detain minors together with their parents or legal guardians throughout the removal process, if DHS decides, consistent with the standards in the proposed rule and applicable statutes and regulations, that it is necessary or appropriate to maintain custody for more than a brief period. Moreover, the alternative federal licensing scheme would provide effectively the same substantive protections that the state licensing requirement exists to provide, and accordingly fulfill the underlying purpose of the state-licensing requirement under the FSA. And by requiring DHS to hire an auditor to ensure compliance with ICE's detention standards, DHS's alternative licensing process would mirror analogous state licensure processes for detention centers and achieve the goals of state licensure by providing third-party oversight of a facility's compliance with an established set of standards. [Emphasis added.]

Moreover, under paragraph six of the Flores settlement agreement, a "licensed program" must generally be "non-secure", with exceptions for certain "special needs minors". Under those exceptions, "a facility for special needs minors may maintain that level of security permitted under state law which is necessary for the protection of a minor or others in appropriate circumstances, e.g., cases in which a minor has drug or alcohol problems or is mentally ill." That said, the Flores settlement agreement does not define the term "non-secure".

[A] facility that meets the definition of nonsecure in the state in which the facility is located. If no such definition of nonsecure exists under state law, a DHS facility shall be deemed non-secure if egress from a portion of the facility's building is not prohibited through internal locks within the building or exterior locks and egress from the facility's premises is not prohibited through secure fencing around the perimeter of the building.

The NPRM states that this definition "provides a definition of non-secure to provide clarity on the use of the term in the immigration detention context," recognizing that the definition "may vary by state or locality." In the absence of such state or local definition, "the proposed rule provides that a facility will be deemed non-secure if it meets an alternative definition derived from Pennsylvania's definition of secure care." Pennsylvania was chosen in this instance because there are three FRCs operating in that state, including in Berks County, "the longest operating of the FRCs".

As the NPRM explains, generally:

DHS proposes these changes to allow the Department to fully and consistently apply the law to all aliens who are subject to detention, so that aliens do not have the opportunity to abscond from DHS custody simply because they were encountered with children.

Written comments on the proposed rules must be submitted on or before November 6, 2018. Nonetheless, as the New York Times reported on September 6, 2018, immigration advocates are already preparing to challenge those rules.