DHS Issues Waiver for Barrier and Road Construction Around Laredo 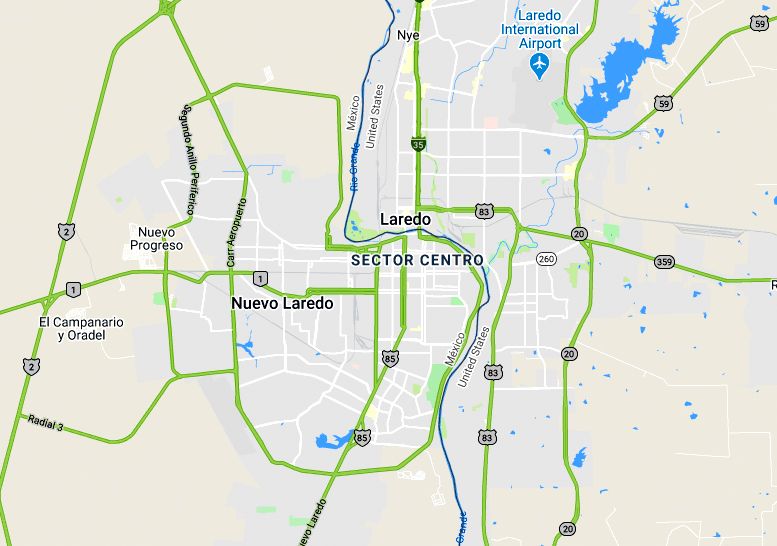 On Friday, the Department of Homeland Security (DHS) published a notice in the Federal Register that will clear the way for the construction of barriers and roads from the Columbia Solidarity International Bridge south along the Rio Grande to just north of San Ignacio, Texas. That approximately 69-mile stretch includes Laredo, Texas, as well as sections of the Southwest border just north of that city's downtown through Webb and Zapata Counties.

I would give you a list of the 25 laws (by my count) that are waived by that notice, but your eyes would likely glaze over. That said, under the authority in section 102(c) of the Illegal Immigration Reform and Immigrant Responsibility Act (IIRIRA) (as amended by various statutes, including the REAL ID Act of 2005 and the Secure Fence Act of 2006, both of which I worked on), Acting DHS Secretary Chad Wolf waived, among other provisions: the National Environmental Policy Act; the Endangered Species Act; the Migratory Bird Treaty Act (not to be confused with the Migratory Bird Conservation Act, which is also waived); the Paleontological Resources Preservation Act; the Federal Cave Resources Protection Act of 1988; the Noise Control Act; the Archaeological and Historic Preservation Act; the Antiquities Act; the Fish and Wildlife Coordination Act; the National Trails System Act; the Rivers and Harbors Act of 1899; and the Eagle Protection Act.

I discussed the history of these waivers and the secretary's authority thereunder in congressional testimony in February 2018. Simply put, however, Congress has given DHS significant authority to waive federal statutes "to ensure that there is sufficient fencing and tactical infrastructure to support the Border Patrol in its mission."

And, as much as I dislike noise and enjoy migratory birds — and in particular eagles — that waiver was plainly needed. In my February 2020 post, "The View from Laredo: Not enough Border Patrol agents or infrastructure", I explained that:

Given the overwhelming responsibilities those 1,800 Border Patrol employees must handle, and the limited infrastructure they have to assist them in that effort, I have a feeling that those "400 drug-related events" are just the tip of the iceberg.

I will also note that although the Wuhan coronavirus has many Americans sheltering in place, things have not gotten much quieter along that border. In FY 2020, Border Patrol has already made 21,000 apprehensions and seized 19,000 pounds of drugs in in Laredo Sector. U.S. Customs and Border Protection (CBP) has noted:

The majority of its activity is occurring in areas where Laredo Sector lacks infrastructure, access and mobility, and technology. These projects will improve Laredo Sector's ability to impede and deny illegal border crossings and the drug and human smuggling activities of transnational criminal organizations.

The former sentence is unsurprising, and the latter is an understatement. Laredo, Texas, and Nuevo Laredo, Tamaulipas, Mexico — two fairly good-sized cities — sit just hundreds of feet apart. Without infrastructure, Border Patrol's task is impossible. With it, it becomes merely herculean.

I trust that this waiver will be met with lawsuits and congressional bloviation, but in the end, those barriers and roads will likely be built, and South Texas, and the United States as a whole, will undoubtedly be safer for it.

One last point: CBP's website shows where there are existing barriers along the border (in black) and where the new border wall system is planned (in red). There is a lot more red than black, and if you zoom in on the heavily trafficked Laredo and Rio Grande Valley Border Patrol Sectors (which combined accounted for 42 percent of the single adult apprehensions by Border Patrol along the Southwest border in FY 2019), there is not much black at all. In light of this, I expect that Friday's notice will be the first of many.