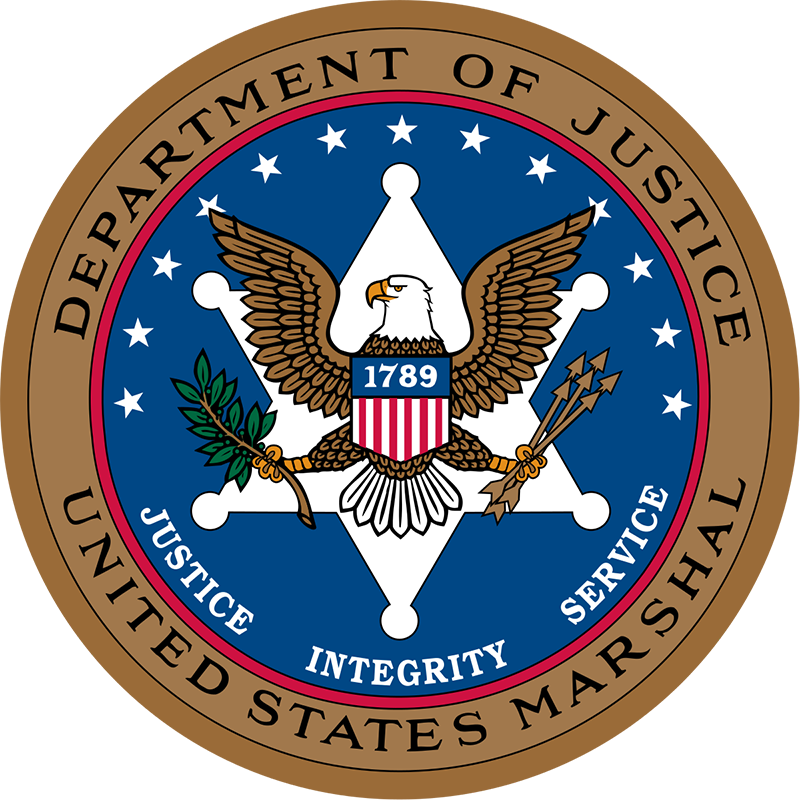 On Thursday, Judge Royce Lamberth of the U.S. District Court for the District of Columbia issued an order enjoining the U.S. Marshals Service (USMS) from complying with U.S. Immigration and Customs Enforcement (ICE) detainers for aliens who are not under final orders of removal. This interesting decision sets up a showdown on immigration detainers, and begs the question: "When is a federal cop not allowed to detain an alien sought by ICE?"

By way of background, the plaintiff in that case is identified only as "N.S." He was arrested on unspecified criminal charges on January 13, and brought before a magistrate at the D.C. Superior Court, "the trial court of general jurisdiction for the District of Columbia" (which is essentially like a state district or circuit court for D.C., but established by Congress because of D.C.'s unique status) on January 14.

The magistrate found that N.S. did not pose a danger or a flight risk, and ordered him released with an order to return. After he was ordered released, but before he could leave the courthouse, he was detained by the Marshals Service because ICE had placed a warrant and detainer on him, and was held for more than two hours before he was taken into ICE custody.

Again, because of D.C.'s unique status, the Marshals Service (a federal entity within the Department of Justice answering to the deputy attorney general) provides security at the D.C. Superior Court. The plaintiff had been in the custody of USMS throughout his hearing (authority that there is no question the Marshals Service possessed), but Judge Lamberth concluded that as soon as the magistrate ordered him released, USMS's justification for detaining N.S. ended.

The judge found that USMS needed a new justification to continue the detention of N.S. or to make a new arrest. He concluded that the ICE warrant and detainer did not provide such justification.

Specifically, he concluded that the ICE Warrant for Arrest of Alien (Form I-200) that accompanied the detainer "is not a true warrant, as it is not issued by an independent judicial officer; instead, it is issued by an ICE agent, causing concerns about a lack of neutrality."

Whatever concerns Judge Lamberth and others may have, he ignores three linked facts: (1) The I-200 itself states that the "Authorized Immigration Officer" who issues that warrant has "determined that there is probable cause" that the subject of the warrant is removable. (2) The Supreme Court determined almost a century ago that: "The presumption of regularity supports the official acts of public officers, and, in the absence of clear evidence to the contrary, courts presume that they have properly discharged their official duties." If an I-200 is issued, therefore, the issuing officer is deemed by law to have determined the requisite probable cause to issue that warrant. (3) The Supreme Court has more recently held that I-200s "are executed by federal officers who have received training in the enforcement of immigration law", reinforcing the foregoing conclusion.

Having made this finding, Judge Lamberth next found that the detainer that accompanied it was, itself, merely a "request" that does "not carry any inherent arrest powers".

With respect to this point, he focuses on the regulation governing immigration detainers, 8 C.F.R. § 287.7, and in particular on subsection (a) therein, which states in part:

Any authorized immigration officer may at any time issue a Form I-247, Immigration Detainer-Notice of Action, to any other Federal, State, or local law enforcement agency. A detainer serves to advise another law enforcement agency that the Department seeks custody of an alien presently in the custody of that agency, for the purpose of arresting and removing the alien. The detainer is a request that such agency advise the Department, prior to release of the alien, in order for the Department to arrange to assume custody, in situations when gaining immediate physical custody is either impracticable or impossible. [Emphasis added.]

The government, on the other hand, referenced subsection (d) in that regulation for the proposition that ICE detainers provided USMS the inherent authority to arrest those named. That subsection states:

Temporary detention at Department request. Upon a determination by the Department to issue a detainer for an alien not otherwise detained by a criminal justice agency, such agency shall maintain custody of the alien for a period not to exceed 48 hours, excluding Saturdays, Sundays, and holidays in order to permit assumption of custody by the Department. [Emphasis added.]

Judge Lamberth was not, however, swayed, returning to his contention that subsection (a) of the regulation "defines an ICE detainer as a mere request" and subsection (d) "does not say anything about an ICE detainer somehow providing an independent basis of authority to make an arrest," concluding:

While this court and others have focused on the fact that ICE detainers are "requests", I would posit that the use of the noun "request" in 8 C.F.R. § 287.7(a) was a simple expression of the respect that ICE, as a law-enforcement agency (LEA), shows toward its fellow LEAs, reflective of the general comity amongst U.S. LEAs generally. The mandatory language in subsection (d), on the other hand, is clear in its intent and mandatory in its language — certainly as it relates to a federal LEA.

In fact, subsection (a) and subsection (d) refer to two very different scenarios. Subsection (a) is a request that the LEA provide information to ICE as to when an alien in its custody will be released. Subsection (d) is a directive to the LEA to detain an alien for not more than 48 hours when the alien is not otherwise in the LEA's detention — exactly the situation that Judge Lamberth describes.

That said, what difference does it make whether the detainer is a request or a directive, if the LEA is willing to comply with that request, as the Marshals Service was here? Taken to its logical conclusion, under Judge Lamberth's logic, ICE detainers have no effect at all, but I seriously doubt that the secretary of Homeland Security went to the effort to promulgate 8 C.F.R. § 287.7 as an impotent act. The court in fact notes that the government "expresse[d] its concern that under plaintiff's interpretation, ICE could issue detainers only to other immigration officers, 'a restriction that would ... eliminate the cross-agency cooperation that detainers are intended to facilitate.'" No doubt.

Moreover, a review of USMS's enabling statute shows that it had authority to continue to detain N.S. pursuant to the warrant and detainer it had received. In particular, 28 U.S.C. § 566(c) states:

Except as otherwise provided by law or Rule of Procedure, the United States Marshals Service shall execute all lawful writs, process, and orders issued under the authority of the United States, and shall command all necessary assistance to execute its duties.

Judge Lamberth attempts to limit this authority, finding (without attribution): "This directive has traditionally been understood to mean that the Marshals Service is authorized to enforce court orders."

The government argued, on the other hand, that limiting this authority to enforcement of court orders would render section 566(a) therein redundant. That provision states:

Judge Lamberth asserts (highlighting the word "mission" above) that:

Again, respectfully, such a reading of 566(a) reads out the word "primary" therein. It may be the "primary ... mission" of the Marshals Service "to obey, execute, and enforce all orders" of the courts listed therein, but that necessarily means that USMS has other roles and missions aside from "execut[ing] ... orders" of the enumerated courts. Judge Lamberth's reading would create a plain redundancy between "orders issued under the authority of the United States" (which would implicate all three branches of government) and "orders" of specific, enumerated courts. That difference in the language used should be deemed intentional.

In this regard, I note, as an aside, that the current iteration of section 566 was enacted by the Anti-Drug Abuse Act of 1988 — a law that addresses the courts tangentially, but which is primarily focused on law enforcement generally and the prosecution of drug crimes in particular, bolstering this conclusion.

Were the agency in question a state or local LEA, perhaps Judge Lamberth's logic would hold more sway, given the federal nature of our republic (although given the federal government's "broad, undoubted power over the subject of immigration and the status of aliens", I doubt it). It is clear, however, that 8 C.F.R. § 287.7(d) is a directive, promulgated by the secretary of Homeland Security, that provides detention authority to LEAs throughout (at a minimum) the federal executive branch. And, 28 U.S.C. § 566(c) plainly gives USMS the authority to act on the warrant and detainer.

To put it more plainly, Title 8 of the Code of Federal Regulations is not simply a set of rules issued by the secretary of Homeland Security and the attorney general to apply only to immigration-enforcement agencies. They are laws that must be followed by the government as a whole (except where explicitly stated, which 8 C.F.R. § 287.7 plainly doesn't and logically wouldn't) and subsection (d) therein provides more than ample authority for USMS to act on the subject of a detainer.

Undoubtedly, the government will appeal the court's decision to the D.C. circuit court and, as necessary, the Supreme Court. The illogical nature of the court's decision (that an LEA of the federal government lacks the authority to hold an alien on an ICE detainer) in this case presents a unique opportunity for the federal government to settle, once and for all, questions regarding the nature of ICE detainers and, in particular, whether federal and local LEAs are bound, under the regulatory authority above, to comply with them.

The attorney general should seize that opportunity.