The Calm Before the Immigration Storm

And the cone of probability is growing narrower 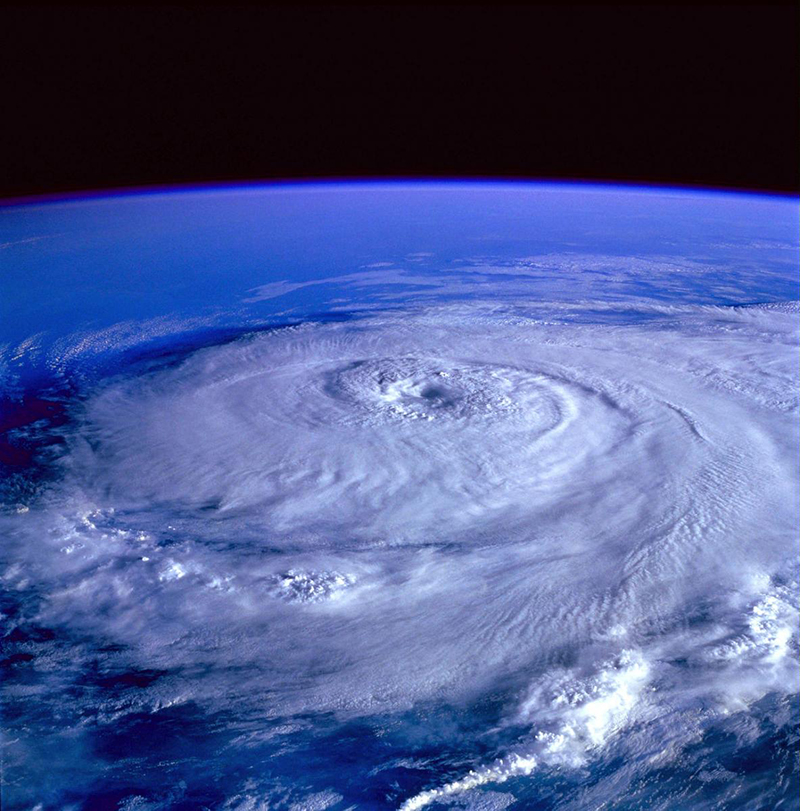 Growing up on the outskirts of Baltimore, I personally learned the meaning of "the calm before the storm" early. You knew hurricanes were in the forecast, and my first, Agnes, caused massive destruction. The next one could, too. The anxiety was worse than the fear, and the calm — with no wind and clear skies — heightened the tension. The same is true today as relates to our immigration system. It is flawed, but factors both within and without could soon make it so much worse.

It does not have to be that way, and ideally it would not. Immigration policy is crafted by our elected representatives to serve the interests of the American people. The key difference among Americans is what exactly that national interest is.

We all agree, I hope, with the words of Barbara Jordan, civil rights icon and then-chairwoman of President Clinton's Commission on Immigration Reform in June 1995: "Immigration policy must protect U.S. workers against unfair competition from foreign workers, with an appropriately higher level of protection to the most vulnerable in our society".

The problem is found on the margins, and in the definitions. What constitutes "unfair competition"? Who are the "most vulnerable"?

Well, the poor, first and foremost. That immigration currently adversely impacts them is admitted even by its staunch proponents. Here, for example, is what an article captioned "Benefits of Immigration Outweigh the Costs" from the pro-amnesty (but also pro-merit-based immigration) George W. Bush Presidential Center has to say:

Immigration changes factor prices — it lowers the wages of competing workers, while raising the return to capital and the wages of complementary workers. In other words, the immigration surplus does not accrue equally to everyone. It goes primarily to the owners of capital, which includes business and land-owners and investors.

Research also suggests any negative wage effects are concentrated among low-skilled and not high-skilled workers. Perhaps that is because high-skilled U.S.-born workers are complementary to immigrants to a greater extent than native low-skilled workers, who hold jobs that require less education and fewer language skills. [Emphasis added.]

That is the researcher's way of saying that with more immigration, the rich get richer, and the poor get the shaft. At least the way we are doing it right now.

We also all agree, I hope, that we should remain a refuge for the persecuted. In his farewell address, President Ronald Reagan told the story of sailors from the carrier Midway who were rescuing refugees from a leaky boat in the South China Sea. One called out: "Hello, American sailor — Hello, Freedom Man." Our nation should strive to be that lone sailor, that "Freedom Man".

But our asylum system at the present time just does not work, or at least not very well. I wrote last month that as of June 30, there were 549,724 asylum claims pending before the nation's 520 immigration judges (IJs), or 43 percent of their current case backlog. That was on top of 598,692 asylum claims that were pending before asylum officers at USCIS on August 31. Combined, it equals out to more than 1.1 million pending claims — three-tenths of 1 percent of the total population of the United States.

Most will be denied. In FY 2020, IJs granted fewer than one in five. But the long wait times created by that backlog and the guarantee that those applicants will not be removed while their claims are pending just encourages aliens to file more worthless claims — to the detriment of meritorious asylum seekers.

Given everything that is going on in our country today, it is almost difficult to describe the current period as the "calm". But as a former congressional staffer and DOJ employee, I can assure you it is.

The 117th Congress has convened, but not much will get done for a while. Control of the Senate will pass from the Republicans to the Democrats on inauguration day (by the slimmest of margins), while the House calendar shows only 14 floor days between now and March 5. When I was a staffer, this was a time of long lunches and office cleaning.

On inauguration day, all of those left in political positions in the executive branch will leave, and new ones will arrive. Many of those new, Democratic, appointees have been there before and know their way around, but policy shifts take time.

Storms are in the forecast, however, that will likely make the problems above worse.

It is difficult to think of two more different immigration agendas than that of incumbent President Donald Trump and President-elect Joe Biden, as I have explained many times previously. There will be significant disruptions between the two administrations, with the career staff caught in the swell.

There are already clouds on the horizon. My colleague Todd Bensman has written about migrant caravans that are forming in hopes of taking advantage of what they perceive to be the less stringent border policies of the Biden administration. The dire nature of the situation is best encapsulated by a single quote in a recent of his, from 51-year-old Honduran national Martha Saldivar: "It has been heard that Biden is going to remove the wall ... and we will have to fight to get there."

Given this, it is no wonder that, as I reported on December 23, Biden has vowed to "keep his pledge to roll back the Trump administration's restrictive asylum policies", but will do so "at a slower pace than he initially promised, to avoid winding up with '2 million people on our border.'"

I seriously doubt, however, that will impede Saldivar and others in illegally migrating.

Then, there is amnesty. Biden said on January 8 that he will introduce immigration legislation "immediately" after taking office.

He didn't offer any details, but during the October 22 presidential debate, Biden stated that within his first 100 days, he would "send to the United States Congress a pathway to citizenship for over 11 million undocumented people."

Even if that "immediate" legislation does not include legalizing the entire (untold) number of aliens here unlawfully, it would probably include amnesty for those in Temporary Protected Status (TPS), aliens with Deferred Enforced Departure (DED), and Deferred Action for Childhood Arrivals (DACA) recipients.

Biden promised the former two populations "a path to citizenship" on his campaign website, and although he did not do the same for the DACA population, he used the acronym six times on that site, so it's clear they are on his radar.

The problems with amnesties are two-fold.

One, thanks to chain migration, once those amnestied aliens get green cards and later citizenship, they are able to petition for their family members to come here, too. But there is no guarantee that those aliens will arrive with much education or many skills, placing them in direct competition with low-skilled workers already here (the "negative wage effects" that the Bush Center referenced). Most likely won't.

Two, amnesties just encourage more illegal immigration. There are two reasons for that. First, an amnesty reveals that the INA does not mean what it says, or at least that legislators have a certain permissive attitude when it comes to unlawful entry. Second, amnesties prompt foreign nationals to leave home to take advantage of the next amnesty.

Saldivar obviously does not need much impetus, but there are likely many of her fellow nationals who would make the perilous trek to the United States if they had just a little more reason to think it would ultimately allow them to live and work in the United States permanently.

Not to mention the effect that an amnesty would have on the efforts of our neighbors to the south to enforce their borders. They likely do not want the crime and corruption that are the handmaids of illicit smuggling, but if the United States is opening its doors, why should they go through the exertion of closing their gates?

Speaking of doors, Reagan's farewell is often cited by immigration advocates with respect to the president's portrayal of the United States as a "shining city upon a hill", a reference to a 1630 sermon by pilgrim John Winthrop. In describing his vision of that city, Reagan stated that, "if there had to be city walls, the walls had doors, and the doors were open to anyone with the will and the heart to get here."

Reagan signed the 1986 amnesty, but he was plainly not an open-borders proponent. Here is what he said in the signing statement for that bill: "Our objective is ... to establish a reasonable, fair, orderly, and secure system of immigration into this country." (Emphasis added.)

Like the Gipper, I wish that there were no walls along our borders, either. But given the fact that illegal immigration, drug smuggling, and human trafficking are real things, barriers along the Southwest border are necessary.

But not to Joe Biden, who averred in August: "There will not be another foot of wall constructed on my administration".

That is another omen, metaphorically, of bad weather ahead. Border Patrol drug seizures were down in December, but don't expect it to last. Especially if there is a surge of migrants entering illegally to take advantage of what they view as Biden's more permissive border policies.

As a bipartisan federal panel noted in April 2019, a wave of illegal entrants that fiscal year strained Border Patrol's resources at the Southwest border to such a degree that it was "not able to effectively manage its other border security missions", including "monitoring the border for drug smuggling and other contraband."

A larger wave of illegal entrants, drawn by the president-elect's campaign promises, will swamp Border Patrol's effectiveness, and clear the way for cartel activity. Border barriers would slow those smugglers, better enabling agents to respond. But not if they aren't there.

I learned at a young age that forecasters were sometimes wrong, and that the Category 2 hurricane headed for the Chesapeake Bay would veer off, harmlessly, into the ocean. The storm I described above may not come to pass, either. But the cone of probability is getting narrower every day.