Human smuggling, stash houses, and a lot of drug seizures — in eight days 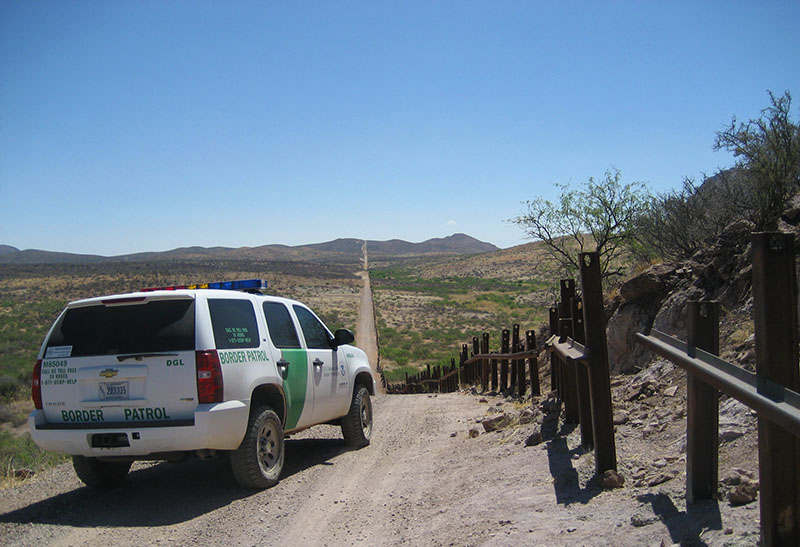 In a March 21, 2020, post, I reported that the White House had announced that it would restrict all non-essential travel across the border with Mexico, and that aliens who enter illegally or who are otherwise inadmissible will be expeditiously returned back across the border. Despite these restrictions, U.S. Customs and Border Protection (CBP) officers and Border Patrol agents have been plenty busy in the past eight days.

The agency reported that Border Patrol agents from the Rio Grande Valley Sector found 20 "subjects" in a refrigerated trailer hidden amongst a load of produce at the Falfurrias checkpoint on Monday, April 6. This followed a Sunday raid by sector agents out of Rio Grande City at a stash house in which seven illegal migrants and two "caretakers" were arrested, and the discovery on Saturday of "five subjects hidden in the cab of a tractor trailer following a K-9 alert", again at the Falfurrias checkpoint.

To top it off, agents in the sector also seized 550 pounds of marijuana in three separate incidents over the weekend, with a street value of $440,000.

On Sunday, agents from the Laredo Sector working at the I-35 checkpoint stopped a tractor-trailer, and after inspection "discovered 32 individuals, including one juvenile, all illegally present in the United States from the countries of Mexico, Guatemala, Ecuador, and El Salvador."

This was not a unique occurrence, as last Monday, March 30, Border Patrol agents at the same checkpoint apprehended 40 illegal migrants from Mexico, Guatemala, Honduras, and El Salvador in the trailer of a truck that had been referred to secondary inspection, but exited the checkpoint instead.

On the subject of narcotics, this past Saturday, Border Patrol agents at the Highway 86 checkpoint in El Centro Sector stopped a Ford Explorer and "discovered a total of 76 packages concealed in the dashboard, all four doors and the two rear quarter panels of the vehicle."

According to that press release, these "packages contained a substance that was consistent with the characteristics of methamphetamine" — likely a legally required understatement, as it continues: "The total weight of the narcotics discovered was approximately 83 pounds of methamphetamine with an estimated value of $156,000."

Again, this was not the only drug seizure at that checkpoint in the past week. On Wednesday, Border Patrol agents there stopped a Kia Rondo, finding "10 packages concealed inside the floorboard of the vehicle." The total haul: "54.20 pounds of methamphetamine with an estimated value of $102,980."

Sticking with methamphetamine, on Thursday, CBP officers at the Bridge of the Americas international crossing in El Paso, Texas, stopped a large box truck and discovered more than 90 pounds of it "inside a piece of machinery that was manifested as an industrial magnetic-separator." No street value was listed.

On Wednesday night, Border Patrol agents stopped a Chrysler 300 that fled from the I-15 checkpoint, which is north of San Diego, after a chase that reached 120 miles-per-hour. The press release provides some thrilling details offering insight into Border Patrol tactics:

Following the vehicle, agents deployed spike strips in an attempt to safely stop the vehicle near the Interstate 15 and 215 split. One tire of the Chrysler rolled over the spikes, but did not puncture the tire. The driver continued fleeing north toward Lake Elsinore.

As the pursuit continued, agents used a "boxing-in" maneuver, an offensive driving technique, to stop the vehicle near Railroad Canyon Drive. As agents attempted the maneuver, the driver of the sedan deliberately rammed one of the Border Patrol vehicles.

Surrounding the vehicle with multiple patrol vehicles, agents slowed the vehicle to approximately 35 miles-per-hour and implemented a pursuit intervention technique, also known as a PIT maneuver, near Main Street and northbound I-15, and successfully stopped the vehicle.

And on Tuesday, Border Patrol agents from the Tucson Sector at the Interstate 19 Immigration Checkpoint near Amado, Ariz., stopped a Toyota SUV. Following a search, they found "seven packages of cocaine, weighing over 18 pounds, inside the natural void of the rear wheel well and back seats." No street value was assigned to the drugs.

All that was in just eight days, and just at or near the border. CBP officers also seized $1.5 million in fentanyl that was packaged in a cooler at an express consignment facility last Monday in Indianapolis (due credit is paid to "CBP K9 Balbina", who alerted on the drugs).

The country may be gripped in the Wuhan virus crisis, but even under the White House's international travel restrictions, there is still plenty of activity at the Southwest border.