CBP Apprehends 117 In a Commercial Trailer

'Frees' would be the better verb — or 'saves' 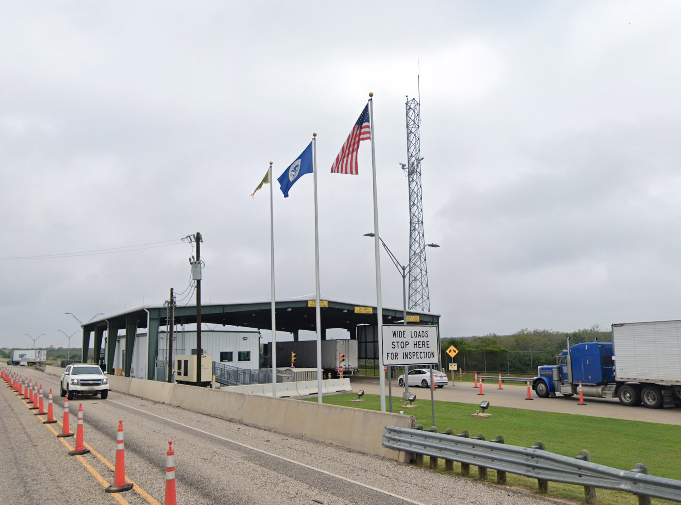 On Thursday, CBP reported: "U.S. Border Patrol agents from the Cotulla Station assigned to the U.S. Highway 83 checkpoint stopped a large human smuggling attempt north of Laredo." That is an understatement, as "large" really doesn't do it justice. But neither does my headline, which prompted the modifying subhead.

The agency explained that late on Tuesday evening, a tractor-trailer approached the checkpoint. A canine alerted on that vehicle, and presumably it was waved over to secondary inspection. Upon inspection, the agents found 117 Mexican and Guatemalan nationals — all present illegally — in the trailer.

Consider that — 117 people stuffed in the back of a truck. Until you have been in the back of a trailer, you have no idea how incredibly dangerous that is. Because, unless it has been modified (which seems highly unlikely in this scenario), there are no handholds, except for the structural rails of the trailer itself.

In North America, trailers can range anywhere from 28 feet to 53 feet (although some states allow trailers as large as 57 feet, and in Texas there is no limit). There are no pictures, so I will assume that (given the fact the driver did not want undue attention), this trailer was on the large side but not gigantic, at 53 feet.

A 53-foot trailer is 47 feet, six inches long on the inside and eight feet, two-and-a half inches wide. That means that those 117 people were in a space of about 389 square feet. That gave each about 3.33 square feet of space, so they were likely all standing up, without a lot of room. Picture a crowded, pre-pandemic elevator.

The U.S. 83 Border Patrol checkpoint is about 37 miles from the border in Laredo. The driver likely picked those 117 individuals up from one or more of the stash houses in or near that town (Border Patrol and Webb County Sheriff's Office shut down one in nearby Rio Bravo on Wednesday that had 39 illegal Mexican and Guatemalan nationals in it, for example, but that is a different story). That means that the 117 had probably been standing in that trailer for the better part of 40 miles when they were discovered.

I doubt the driver was planning on dropping them off once he cleared the checkpoint — there is virtually nothing on that road until you get to San Antonio (which would require getting back on to I-35) — 130 miles away. Austin is 210 miles, and if you are headed from the checkpoint to the Dallas-Fort Worth Metroplex, you will go almost 400 miles. I would tell you to strap yourself in — but there is nothing to strap into.

That is a lot of open highway for a lot to go wrong on. The truck could make a quick move, sending bodies crashing into each other. Or, in the worst case scenario, it could flip. Some (many, most) would be killed, and the others would be seriously injured. Seriously. And such an accident would have been more likely than you think, as 117 people moving around can make a long vehicle highly unstable.

Or the truck could travel safely, but that does not mean the passengers would. The major causes of death in truck cases have not been accidents, but rather "[d]ehydration, hyperthermia, suffocation, and mechanical asphyxia". The weather in Carrizo Springs (a bit further up the road) on Tuesday evening ranged from a high of 82 to a low of 61. Eighty-two degrees is not bad when you are standing outside. Imagine 82 degrees outside when you are inside of a 389-square-foot box with 116 other people. Even 61 doesn't sound that great. CBP brings up Covid in its press release, but Covid might have been the least of their worries.

Ten people died in a smuggling truck in San Antonio in July 2017, and dozens were ill when it was discovered in a WalMart parking lot there. There were more than 70 in that truck. In May 2003, in Victoria, Texas, sheriff's deputies found 70 people trapped in a trailer; 19 died from dehydration, overheating, and suffocation. You can listen to Tom Homan talk about that horrific scene. Bad, but 70 is not 117. This case could have easily eclipsed both.

More likely than not, no one forced any of those 117 aliens into that trailer. They were probably on their way "to a better life" as we have heard numerous times. But whether they like the fact that Border Patrol found them or not, they were not just apprehended from the back of that truck — they were freed. Or, possibly, saved.