The boiling of the frog and the coming border deluge 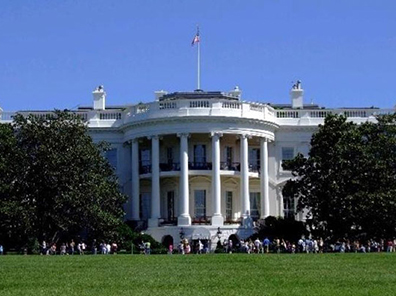 In a recent post, I noted that the Biden administration would be issuing three executive orders (EOs) dealing with immigration on February 2. Those EOs were subsequently issued. One will attempt to unwind asylum definitions that had been implemented by the Trump administration. It will lead to a deluge of migrants entering illegally at the Southwest border, and is part of what my colleague Mark Krikorian recently described as "Boiling the Frog Slowly on Immigration".

For those not familiar with frog boiling, it is a common analogy for any action that is done slowly to hide true intentions and inevitable outcomes. It is based on the premise that a frog put in boiling water will jump out and save itself, but a frog put in room-temperature water that is slowly heated will not sense it is being cooked until it is too late.

As Krikorian noted, the president will not make sweeping changes in immigration immediately (although he certainly has with respect to a few issues, such as repealing the "travel ban" and restricting interior enforcement and removals). Instead, Biden will do his best to try to hide the politically explosive consequences from public view.

That is certainly true of the EO in question, formally captioned "Executive Order on Creating a Comprehensive Regional Framework to Address the Causes of Migration, to Manage Migration Throughout North and Central America, and to Provide Safe and Orderly Processing of Asylum Seekers at the United States Border".

That EO covers a lot of ground, addressing safe-third country agreements into which the Trump administration entered with our regional partners, the Migrant Protection Protocols (MPP, or "Remain in Mexico"), and Title 42 exclusions (under which aliens who enter illegally can be swiftly returned across the border to prevent the spread of Covid-19 during the pandemic).

Some are direct (as with the safe-third country agreements), while others are subject to "review" (as with MPP and Title 42). The most significant topic for review, however, has to do with changing the standards for asylum, significant because it affects aliens currently unlawfully present in the United States, and more importantly, migrants who will seek to enter illegally and remain in this country forever.

There are two specific asylum review provisions in the EO.

First, the EO gives the attorney general (AG) and the secretary of DHS 180 days to examine pertinent rules, regulations, precedent, and internal guidance governing asylum claims and refugee status. That review will focus on whether this country "provides protection for those fleeing domestic or gang violence in a manner consistent with international standards".

Second, and relatedly, it gives the AG and DHS secretary 270 days to promulgate regulations governing the interpretation of the phrase "membership in a particular social group" in section 101(a)(42)(A) of the Immigration and Nationality Act (INA), "as derived from the 1951 Convention relating to the Status of Refugees and its 1967 Protocol."

Some brief background: Asylum and refugee status are limited forms of protection. They are available only to foreign nationals (present in the United States in the case of asylum or outside of the United States in the case of refugees) who can show past persecution or a "well-founded fear" of persecution on account of race, religion, nationality, membership in a particular group, or political opinion.

Note that this list does not provide protection for those fleeing crime, lawlessness, or general disorder, or to economic migrants.

Four of the five factors are fairly well defined, but what constitutes a "particular social group" is not. As then-Judge (now Justice) Samuel Alito explained in a 1993 decision: "Read in its broadest literal sense, the phrase is almost completely open ended. Virtually any set including more than one person could be described as a 'particular social group.'"

The potential opaqueness and breadth of the phrase presents a problem in actually applying it, and explains why a large percentage of aliens caught entering illegally are found to have a "credible fear" of persecution when initially interviewed by asylum officers (AOs) (83 percent between FY 2008 and FY 2019), but only a handful (14 percent during the same time period) were ultimately granted asylum by immigration judges (IJs).

Simply put, AOs have to do quick reviews (and the credible fear standard is low, as I have previously noted), but those claims in the long run often do not satisfy the more rigorous asylum standard. Most purported "particular social groups" do not satisfy the standards that the AG and the Board of Immigration Appeals (BIA) have crafted to define the term.

And the asylum claims of many if not most of the aliens from the three countries that sent the largest number of illegal migrants in recent years (El Salvador, Guatemala, and Honduras) — in my experience as an IJ myself — are premised on membership in a particular social group.

In particular, asylum applicants from those three countries generally assert that they are members of a particular social group because they have been the subject of widespread criminal extortion, recruitment, or retribution by gang members, or have suffered domestic violence in a country where criminal enforcement is less than robust.

DHS and DOJ under the Trump administration clarified the definition of "particular social group" for purposes of asylum, particularly in regulations that were published by the two departments on December 11. Those regulations limit the circumstances under which gang and domestic violence claims will fall within the definition of "particular social group", largely if not exclusively based on precedent.

Although those regulations are not specifically listed in the EO, they are plainly on the chopping block.

Looking to the two international agreements referenced in the EO — again, the 1951 Convention Relating to the Status of Refugees and its 1967 Protocol — for guidance is not going to do much good. As Judge Alito noted in that 1993 decision, "neither the legislative history of the relevant United States statutes nor the negotiating history of the pertinent international agreements sheds much light on the meaning of the phrase 'particular social group.'"

As for the review, respectfully the outcome is more or less foreordained. The EO itself complains that "our own asylum system ... has been badly damaged by policies enacted over the last 4 years that contravened our values and caused needless human suffering."

The Statue of Liberty has long been a beacon to people "yearning to breathe free" around the world — including asylum-seekers and refugees. But the Trump Administration has worked against this tradition to drastically restrict access to asylum in the U.S., including [by] attempting to prevent victims of gang and domestic violence from receiving asylum.

In other words, the decision has been made. Now, it is up to the bureaucrats to come up with a rationale.

Once that is done, it will lead to an inevitable deluge of migrants entering illegally over the Southwest border.

The exact way in which those who claim to have been subject to gang and domestic violence will be found to be members of a particular social group at the end of the day is not clear.

But AOs will almost definitely thereafter find that even more aliens who enter illegally or without proper documents (and who therefore would otherwise be subject to expedited removal from the United States) who claim that they will be subject to such violence if returned have demonstrated a credible fear of persecution.

Those aliens will be released into the United States for removal hearings that can drag on for years to make asylum claims — time that they will be able to live and work in this country.

That will encourage even more foreign nationals who are seeking economic betterment to enter this country illegally by claiming credible fear. Their inevitable entry will then encourage even more to undertake the perilous trek to this country. Eventually, they will overwhelm CBP's resources, and they will simply be released without even having to go through the credible fear/expedited removal process (as happened during the last surge in FY 2019).

That is when things will get really bad.

As laid out in the EO, this will be a gradual process. But, in the end, the result will be the same. The frog will be boiled.