Also, found no due process violation where removal hearing held via video teleconference 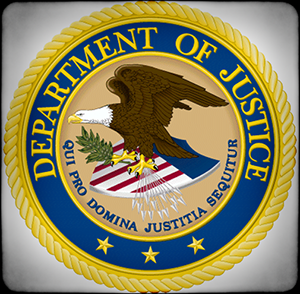 On August 31, the Board of Immigration Appeals (BIA) dismissed an appeal filed by an alien ordered removed after he failed to file an asylum application within a deadline set by an immigration judge (IJ). The BIA also found that the proceedings, which were held via video teleconference (VTC) did not deprive the alien of his due-process rights. That decision will streamline the asylum application process by setting a precedent that court-ordered deadlines must be met, but it also delineates a series of safeguards to ensure alien respondents' rights are protected in the process.

The respondent in Matter of R-C-R- is a Guatemalan national who entered the United States illegally on March 13, 2019. He was detained by ICE in Richwood, La., and appeared via VTC before an IJ in Batavia, N.Y. For reasons that are not clear from the BIA's decision, pleadings were not taken in that matter until November 6, 2019 — almost eight months after the respondent's illegal entry.

The respondent identified Spanish as the language that he spoke the best, and was provided an interpreter. He conceded he was removable, and stated that he would be applying for asylum, statutory withholding of removal, and protection under the Convention Against Torture (CAT).

The court provided him with the application for those forms of protection (the Form I-589), and the IJ gave the respondent 31 days to complete that application, in English (as required by law), and return it to the court by December 6. The IJ reset the matter to January 14, 2020, presumably for a hearing on the merits of the respondent's protection claims.

The respondent failed to file the I-589 by December 6, so a week later, on December 13, the IJ issued a written order in which she found that the respondent had waived his rights to apply for protection, and ordered him removed.

This was a particularly efficient manner of conducting the proceedings. As an IJ, by contrast, I would generally reset the matter for the alien to file the application for relief, and likely reset it one more time if the respondent failed to do so the first time. I proceeded in this manner because I wanted to ensure that the BIA would not conclude that I failed to provide the alien with due process — that is, because there was no precedent like Matter of R-C-R-.

The respondent thereafter got a lawyer, and filed an appeal with the BIA. On appeal, the respondent complained that he was ordered removed prior to the January 14 hearing, and that the IJ violated his due process rights by requiring him to file his I-589 a month before his next hearing, and by not allowing him to explain his failure to meet the deadline.

The BIA made short work of these claims. Pursuant to regulation, IJs (like all other judges) can set filing deadlines, and the opportunity to file an application is deemed waived if one is not timely filed. This is not some Trump administration effort to railroad aliens out of the country — this regulation (in its original form) dates back to April 1992. The BIA noted that he could have requested an extension of this deadline, but in fact even when represented by a lawyer on appeal, he never explained why he was unable to comply with the December 6 deadline, or even filed the I-589, for that matter.

All of this may sound fairly straightforward, logical, and mundane. It is definitely the first two, but the fact that it is not the third is what makes the BIA's decision exceptional. So often in the past, courts and the BIA adopted a "no harm, no foul" attitude toward missed filing deadlines. This lead to a certain sloppiness among courts and practitioners as it related to such deadlines.

Many were the times that I would set deadlines for the filing of applications or evidence, only to have aliens or attorneys show up in court with reams of documents on the day of the merits hearing. That places the court and the ICE attorney (who represents the government in removal proceedings) at a disadvantage with respect to evaluating the claim, and especially the credibility of the evidence, the respondent, and any witnesses.

Often, such documents corroborate — or contradict — statements in the application itself, or other testimony. Or they can lead to lines of questioning about the statements therein. Late filing requires the IJ (and ICE attorney) to quickly pore over the documents, or the IJ to continue the case for review — requiring the respondent in my (detained) court to remain detained at government expense.

Untimely filing also contributes to the backlog in cases that is crushing the IJs (at least the ones who are working). Any continuance wastes a hearing slot, meaning that a separate hearing — one that could have gone forward — didn't, and the scheduled hearing won't.

I would avoid this whenever possible, so I would either take the documents back to my chambers (a fancy word for a cinderblock office with bulletproof windows), or hike up my gown and read the documents at my bench (a fancy word for a plywood desk) like a fifth-grader taking a math test. Not all of my colleagues did likewise (especially in non-detained courts), and (likely) given the fact that the backlogs seem intractable anyway, they would just set the case over for review of the late-filed materials.

I wouldn't say that this gives respondents — and/or their attorneys — in non-detained cases an incentive not to be diligent about deadlines (a reset would mean that the alien was allowed to remain in the United States longer, even where the claim was non-meritorious), because I eschew painting with too broad a brush and ascribing base motives to equivocal acts. But it definitely did not give them strong incentives to comply with those deadlines.

Matter of R-C-R- now places respondents and their lawyers (if any) on notice that deadlines for applications mean what they say. Ideally, the BIA will follow up with a similar decision barring late-filed evidence, as well as with standards for IJs to follow in ruling on requests for extensions consistent with due process.

The BIA also found that the VTC hearing did not deprive the respondent of a full and fair hearing — the touchstone of due process. In this instance, the respondent failed to explain how he was prejudiced by appearing VTC, but nonetheless, the BIA diligently scoured the record to find any suggestion of prejudice as a result of the VTC hearing, and found none.

Both the Immigration and Nationality Act (INA) and the regulations permit removal hearings via VTC, and in both instances, these laws are almost a quarter-century old. Needless to say, VTC technology has improved exponentially in the past two decades, and I used it regularly, with no difficulty. More than five years ago, when I was last on the bench, VTC was superior to the Zoom meetings that most of us have been subjected to due to the pandemic. Now, it is simply better.

I could assess demeanor, see and hear the respondent (and counsel, where they appeared remotely), and take evidence, absent some glitch in the system. And, because I had a duty to protect the record, if there were a glitch in the system, I would set the case over until it could be resolved.

One final, interesting point with respect to VTC. The BIA, in a footnote, (logically) found that when a removal hearing is conducted via VTC, the circuit law governing the case is the law in the location where the alien is located, not the IJ. Except in the Seventh Circuit, which has held that the location of the IJ governs the case law.

That means that an alien detained in York, Pa. (in the Third Circuit, which holds that the location of the respondent governs), appearing before an IJ in Chicago (in the Seventh Circuit) could logically forum shop between the two circuits for the better law. Judge Easterbrook, who wrote the Seventh Circuit precedent, suggested that DOJ should issue a regulation on the matter. The department should (16 years later) take him up on the offer.