Arizona Is the Hole in the 'Remain in Mexico' Net 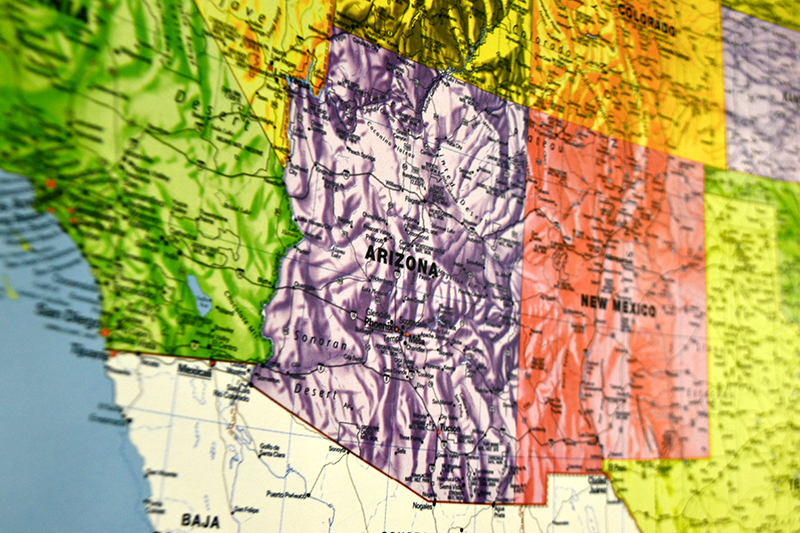 On November 11, 2019, the Wall Street Journal reported that the Migration Protection Protocols (MPP, also known as "Remain in Mexico") are not in effect in Arizona. If true, this is a significant vulnerability to border enforcement that the administration must address immediately.

Acting Homeland Security Secretary Kevin McAleenan pronounced in September that virtually all asylum-seeking families would be either quickly deported or sent to Mexico to wait for their cases to be resolved. Authorities and advocates confirmed, however, that in Arizona many hundreds of such people each week are instead being released to shelters, from which they will likely travel to other states and wait for their cases to be resolved, a process that can take years.

That said, the paper stated that U.S. Customs and Border Protection (CBP) indicated that "some migrants arrested there are being shuttled to Texas or California and returned to Mexico from there." The exact numbers of those being "shuttled" are not clear, but I would note that Calexico, which sits across the border from Mexicali, is a short drive from Yuma, Ariz., a major crossing point.

The Executive Office for Immigration Review (EOIR), the Department of Justice (DOJ) agency with jurisdiction over the immigration courts, could resolve this issue rather quickly by establishing immigration courts in Nogales and in Yuma.

It has been years since I have been to Nogales, but I walked through the John M. Roll United States Courthouse in Yuma last year. The building is brand new (it was completed in 2013), has ample parking, and appears to be largely underutilized. The court directory for the U.S. District Court for the District of Arizona - Phoenix Division lists only one magistrate judge in residence, and no Ninth Circuit judges have chambers there. I have no doubt that the U.S. General Services Administration (GSA) would be able to find some space in this building adequate for removal proceedings.

The quality of life is pretty good in Yuma, as well. It is warm in the summer, the local economy is humming, and housing is relatively inexpensive. It's like Palm Springs without the traffic. Recruiting an immigration judge, or judges, there should not be that tough.

There are no GSA courthouses in Nogales, but a quick search of commercial property in the area lists a number of good potential locations, including an 8,000-square-foot office building that looks like it could be repurposed pretty quickly, and a couple others that are described as being in close proximity to the border. Again, low cost of living in the area could be an attraction for a potential immigration judge.

EOIR needs to resolve this issue quickly, because, according to the Wall Street Journal, news has gotten around the MPP is not being implemented in Arizona:

Now some migrants are heading to Arizona as word spreads that they are far more likely to be allowed to stay in the U.S. there than if they cross in Texas, New Mexico, or California.

"We heard it was easier here," said Orlando, who left Cuba with his 21-year-old son Oscar six months ago and initially made his way to Ciudad Juárez, the Mexican city across the border from El Paso.

After months of waiting for their chance to cross and request asylum, a Venezuelan migrant the pair met recommended they head to Nogales, just across the border from Arizona, because the program officially known as Migrant Protection Protocol isn't in effect there.

Katie Sharar, who works with the aid group Kino Border Initiative, said word is spreading on social media and informal information networks that migrants who cross into Arizona aren't being returned to Nogales.

Nelson Casique, a Venezuelan migrant, flew to Mexico from Colombia and started his wait to cross the border in Reynosa, across the Rio Grande from McAllen, Texas. He left after his nephew crossed into the U.S. there a few months ago and was sent back to Mexico with a court date for November. He is hoping he will have better luck by crossing into Arizona.

"Friends told me that in Nogales they aren't returning people," he said.

The latest statistics from CBP show that the number of apprehensions in the Tucson Sector of the Border Patrol (which includes Nogales Station) increased 20 percent between August and September 2019, a period of time that saw total apprehensions along the Southwest border decrease by the same percentage. Most significantly, the number of family units (FMUs, that is, adult aliens travelling with children) increased by 38 percent in the Tucson sector during this period, at a time when the Southwest border as a whole saw a 58 percent decrease in FMUs.

I would expect the numbers for October (which should be released soon) to show similar increases. The border, like nature, abhors a vacuum, and I would expect smugglers to begin rerouting aliens to Arizona, unless CBP and EOIR respond quickly.