It's time to act 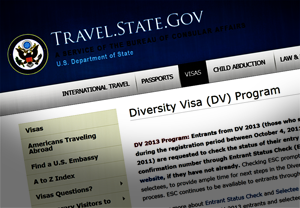 By now you know that on the afternoon of October 31, 2017, a 29-year-old Uzbek national identified as Sayfullo Habibullaevic Saipov "plowed into a crowd of bicyclists and pedestrians just blocks away from the World Trade Center." And you also know that the press has reported that he immigrated to the United States by winning the "visa lottery".

But did you that he may not have been the first Uzbekistani terrorist to have entered under the visa lottery? And he may not be the last.

Reports state that, just four days before Saipov's attack, Abdurasul Hasanovich Juraboev, a 27-year-old immigrant and native of Uzbekistan, received a 15-year sentence in federal court in Brooklyn "after pleading guilty to conspiring to provide material support to Islamic State (IS) militants." According to Reuters:

Authorities said Juraboev had in August 2014 posted an online threat to kill then-U.S. President Barack Obama on behalf of Islamic State, and spoke of planting a bomb on Coney Island if the group ordered it.

Juraboev was arrested in February 2015, after buying a plane ticket to fly the next month to Istanbul, Turkey, intending to then travel to Syria to join Islamic State, authorities said.

The defendant had a clear desire to wage violence on behalf of ISIS, and was determined to do so, whether on U.S. soil or abroad. ... Thanks to the efforts of law enforcement, the defendant was stopped at JFK International Airport before his plans came to fruition, and with this sentence he will be held accountable. Stemming the flow of foreign fighters and defending our nation against the threat of terrorism remains the highest priority of the National Security Division.

Not surprisingly, Juraboev was described by his boss at the gyro business where he chopped lettuce as a "loner". So how did a low-level employee in the food industry in New York City and militant jihadi immigrate to the United States? According to the Cato Institute, he won the visa lottery.

An article published in the Atlantic on November 1, 2017, attempts to explain why Uzbekistan exports so many terrorists. It asserts that the "draconian measures" of "Islam Karimov, Uzbekistan's post-Soviet ruler who died last year" to counter "the problem of Islamic extremism" in that country ended up eventually driving it abroad, including to the United States, Turkey, other countries in Central Asia, and Sweden. In addition, the Atlantic reports that Uzbekistan has also "provided some 1,500 soldiers to ISIS in Iraq and Syria," and "ISIS has claimed that Uzbeks were responsible for some of its most high-profile suicide bombings in Iraq."

Cato also identifies "Syed Harris Ahmed" as a Pakistani national and successful applicant in the visa lottery who went on to be "convicted of planning terrorist attacks on U.S. soil." This is an apparent reference to "Syed Haris Ahmed", who was a 24-year-old student at Georgia Tech when he was convicted "of plotting to aid a terrorist group by videotaping landmarks around Washington DC" in June 2009, according to the Guardian.

Although the State Department's 2016 Country Reports on Terrorism described Pakistan as "an important counterterrorism partner in 2016", it also reported that many terrorist groups operated in that country:

My colleague Mark Krikorian has noted: "Pakistan ... used to qualify for the lottery because [it] sent few immigrants. But precisely because of the lottery, Pakistani ... immigration has now grown so large that people from th[at country] are no longer are eligible to participate."

Interestingly, the Cato Institute report downplays the dangers associated with the visa lottery, despite the fact that it admits "[a] handful of immigrants who had diversity visas at one point were convicted of material support for terrorism or other offenses aimed at supporting foreign terrorists":

The diversity visa is not an efficient way for terrorists to enter the country. As mentioned above, about 9.4 million people entered the lottery for 50,000 green cards in 2015. If a terrorist lives in a country whose nationals can apply, he or she would have had a 1 in 188 chance of winning the lottery in 2015. The terrorist would then have to get through the normal procedures applied to every green card applicant. Those are not attractive odds for a terrorist intent on attacking U.S. soil. Furthermore, there is no indication that Saipov intended to commit a terrorist attack before coming to the United States. Officials said that Saipov began planning his attack a year ago and then decided to use a truck two months ago, long after he entered in 2010.

The diversity visa is not a wise choice for foreign-born terrorists who concoct their plans overseas. The small number of people murdered by foreign-born terrorists who actually entered on the visa, eight out of 3,037 since 1975, shows just how rarely it is used for such purposes. Even then, betting vetting [sic] would have stopped Saipov as his terrorism plans were recent. Based entirely on the New York Halloween terrorist attack, about 177,394 diversity visas have been granted for each person murdered in a terrorist attack on U.S. soil by someone who entered on such a visa.

As a former associate general counsel at the former Immigration and Naturalization Service's National Security Law Division, and a former staff director for the House Committee on Oversight and Government Reform's National Security Subcommittee, I am not as sanguine about the ability of even the most effective immigrant vetting process to successfully identify potential terrorists.

That said, however, Cato's analysis does not address the increasing danger of radicalization by aliens after they have come to the United States. As the House Oversight Committee concluded following a hearing on "Radicalization in the U.S. and the Rise of Terrorism" in September last year: "Technological advances have enabled vulnerable Homegrown Violent Extremists, both foreign fighters and lone wolves, to be recruited, radicalized, and mobilized for terror attacks via social media in mere days."

This conclusion followed the testimony of Daveed Gartenstein-Ross from the Foundation for Defense of Democracies, who explained:

The nature of radicalization and operational planning in the digital age has complicated efforts to interpret and analyze attacks perpetrated by single individuals. Jihadists plotting murders in the West used to congregate in person, meeting in small groups in underground mosques, houses, or other discrete locations. Radicalization occurred through in-person contact. Counterterrorism officials looked for physical hubs of recruitment, tapping phones and scanning surveillance videos for evidence that cells were meeting.

But with the social media boom and the growth in encrypted communications, radicalization and operational planning can easily take place entirely online. ISIS has capitalized on evolving communications technologies, building cohesive online communities that facilitate radicalization. The group has also established a team of "virtual[] planners" who use the Internet to identify recruits, and to coordinate and direct attacks, often without meeting the perpetrators in person. Junaid Hussain, a British ISIS operative who was killed in August 2015, played the role of virtual planner for the May 2015 strike against the Draw Muhammad contest in Garland, Texas. Hussain had communicated online with attacker Elton Simpson beforehand, and was the first to celebrate it on social media. It may take months — or longer — to detect the role of virtual planners in attacks.

The changing nature of operational planning underscores the need for a new paradigm for understanding the relationship between single attackers and networks. It no longer makes sense to apply pre-digital-age thinking to jihadist attacks perpetrated in the age of Twitter, Telegram, and end-to-end encryption. (Emphasis added.)

Aliens who apply for immigrant visas through the lottery are logically more susceptible to such radicalization. As my now-colleague Steven Camarota explained to the House Judiciary Committee's Subcommittee on Immigration, Border Security, and Claims in October 2002:

President Trump has ordered that his "extreme vetting program" be "stepped up" following Saipov's attack, in order to screen applicants seeking to come to the United States. The president may also want to start retroactively vetting those aliens who were admitted to this country under the Obama administration.

In addition, Congress should act as soon as possible to end the visa lottery. Frankly, even a "handful" of potential terrorists is too many.