Another Sanctuary City with Its Priorities Way Out of Whack

The 'Philadelphia Story' meets 'The Omen' 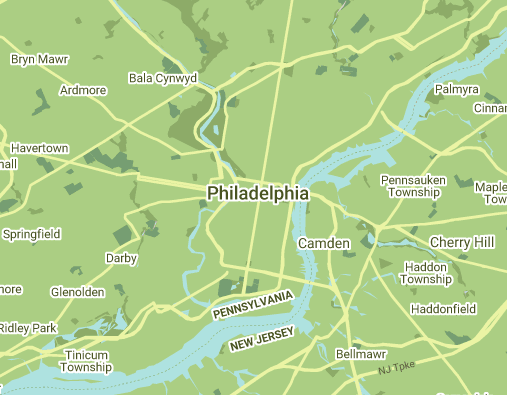 I have filled up a lot of space talking about the nonsensical priorities of sanctuary jurisdictions Montgomery County and Baltimore City, both in Maryland (the state itself the recent focus of my attention). A short drive up I-95 to Philadelphia takes the reader from the ridiculous to the (allegedly) depraved.

First, the good news: U.S. Immigration and Customs Enforcement (ICE) arrested one Hector Moran-Espinoza, a Guatemalan national illegally present in the United States on November 27, 2019. Moran was what we call a "status violator", that is an alien who entered the United States illegally or who overstayed his visa, and who is removable for that reason. If the charges against him are true, he is so much more, however.

Because, you see, according to ICE, this was not his first interaction with the law. On April 2, he was arrested by the Philadelphia Police Department (PPD) on a laundry list of charges:

I have not seen the arrest report, but the charges certainly tell a tale of what the PPD think he did. Only one thing that happened thereafter is clear: ICE lodged a detainer against Moran with the PPD on the day that he was arrested, which was not honored. He was released into the public.

On May 9, the PPD again arrested Moran. This time, it charged him with:

The story of Moran's alleged offenses becomes a little bit clearer based on these charges, but again, I have not seen the arrest report, so I do not want to speculate. You can likely come to the same conclusions that I have.

ICE again lodged a detainer on Moran on the day of his May arrest, the detainer was not honored, and he was again, for whatever reason, released without being handed over to ICE.

ICE issued a press release when it finally caught up to Moran, and ICE Philadelphia Field Office Director Simona Flores-Lund was blunt about what she thought of the interesting decisions made by local officials in the City of Brotherly Love:

We are seeing politicians put their political agendas above the safety of the citizens they serve. ... The victims in this case are young children, whose lives are now forever changed. This monster was released not once, but twice, without notifying ICE. We are committed to strengthening our relationship with local law enforcement, as we want nothing more than to keep our communities safe.

Interestingly, a search of the city's newspaper of record, the Philadelphia Inquirer, failed to find any stories about "Hector Moran-Espinoza" or "Hector Moran", but the CBS affiliate in Tampa, Fla., 10 News, did actually report on the story. That outlet reached out to the PPD for comment, and not surprisingly, they were shuffled off to the mayor's office. A city spokesperson told 10 News:

"The City of Philadelphia has always cooperated with ICE when that agency goes before a judge and obtains a federal arrest warrant. This is not burdensome and ICE has, in fact, obtained such warrants on several occasions. In other words, we fully comply with federal law. The reality is that the White House has tried to coerce cities like Philadelphia into going beyond federal law. That is where we draw the line in terms of cooperation. Research has shown that trust between officers and immigrant communities is essential to reducing crime and helping victims. Our policy — which has been upheld by a federal judge — ensures that trust, while still honoring judicial warrants." [Emphasis added.]

Say what? As I have previously explained, "Immigration Judicial Warrants Don't Exist". I state that because I have been a trial attorney with the former INS, an associate general counsel at the agency, and a former immigration advisor to the attorney general, and not only did I never ask for one, I never heard of one. And because I was an immigration judge in Pennsylvania and saw hundreds, if not thousands of aliens who had been arrested by the PPD, and ICE never asked for a "judicial warrant" in any of those cases. And because I twice had oversight of ICE for the U.S. House of Representatives, and never heard of such a thing. And because I have been arguing, interpreting, and applying the Immigration and Nationality Act (INA) for more than 25 years (I even wrote part of it), and I know of no provision in the INA that allows for the application for, let alone the issuance of, such a warrant.

Now, even Homer nods, and I have been wrong in the past more times than I can count, but this is a question on which I am fairly certain I am correct. I would, actually, love to be wrong: If there were a simple process by which ICE not only can obtain, but has obtained, a judicial warrant to take criminals off of the street, I would become its biggest proponent. I would be willing to forego (temporarily) my federal pension, go back to the executive branch, and start cranking them out. But I am reasonably sure that I am right and the Philadelphia city spokesperson is wrong — read my post for my analysis. Please, please, unnamed Philadelphia city spokesperson, make me eat my hat.

Instead, however, I trust that ICE Field Director Simona Flores-Lund is correct. How badly does Philadelphia revel in its status as a sanctuary for accused child predators? As my colleague Jessica Vaughan has noted:

Outgoing Philadelphia Mayor Michael Nutter, who had long maintained obstructive sanctuary policies, undid them before leaving office in December 2015. One of the very first acts of new Mayor Jim Kenney [D], within hours of his swearing-in, and after accepting some homemade bread baked by illegal aliens, was to institute a new sanctuary policy.

It only got worse from there. The Justice Department attempted to prevent Philadelphia from receiving certain grants because of its sanctuary policies, only to be blocked in this effort by a federal judge. As Philadelphia magazine reported: "Kenney Celebrates After Judge Sides With Philly in Sanctuary City Case: The mayor did a little dance on Wednesday after a federal judge ruled that the Department of Justice's efforts to block federal funding from the city violate statutory and constitutional law". I doubt that he was driven to these heights of terpsichorean ecstasy at the prospect that "monster[s]" (in Flores-Lund's parlance) would be released back on the streets of Philadelphia, but frankly, that is the inevitable result of the PPD's actions, taken at his direction.

The term "monster" actually has an interesting etymology. As Merriam Webster explains, it comes from the Latin word monstrum, which can mean "monster" or "omen", and that word itself comes from the Latin verb, monere, which means "to warn". All those who are charged with crimes are innocent until proven guilty, but if the PPD is correct in its charges, the release of Moran by the department should serve as a warning to the people of Philadelphia: Your dancing mayor is more interested in politics than he is in your safety.

As for political agendas, there is no doubt, from the Philadelphia city spokesperson's statement, that one is in play here. Remember the line: "The reality is that the White House has tried to coerce cities like Philadelphia into going beyond federal law." How would it go beyond federal law for the City of Philadelphia to comply with a request to assist federal law enforcement in apprehending and removing a person its own officers have alleged is a child molester? Does it somehow transgress the Constitution for the PPD to assist in the enforcement of the Environmental Policy Act, or to help the Drug Enforcement Administration in its efforts to get traffickers off the streets?

What appears to be in play here is a boogying politico who is angling for votes, and now that the president is a political opponent, there is no better way for him to burnish his #resistance bona fides than by being as obstreperous as possible on a "White House" policy (immigration) that appears to be harsher than it really is.

Why do I make that latter statement? As the Washington Post recently reported:

Though President Trump has made cracking down on immigration a centerpiece of his first term, his administration lags far behind President Barack Obama's pace of deportations. Obama — who immigrant advocates at one point called the "deporter in chief" — removed 409,849 people in 2012 alone. Trump, who has vowed to deport "millions" of immigrants, has yet to surpass 260,000 deportations in a single year. And while Obama deported 1.18 million people during his first three years in office, Trump has deported fewer than 800,000.

[I]n FY 2018, ICE deported 256,085 aliens, 57 percent of whom were convicted criminals. In FY 2011, by comparison, the agency deported "396,906 individuals — the largest number in the agency's history", 54.6 percent of whom had felony or misdemeanor convictions. Hate the president (and all of the government employees) if you want, but at least get your facts straight. Either that, or Barack Obama will have a lot of explaining to do to his next would-be successor.

What the White House is attempting to coerce Philadelphia to do is to protect its own people from dangerous criminals. Philadelphia's response is a bad omen, indeed.