Most Asylum Applicants Are Interviewed by Telephone. Feel Safer?

I attended USCIS's Asylum Division Quarterly Stakeholder Meeting last week. It was led by John Lafferty, chief of the Asylum Division. Those present were, for the most part, USCIS staff and immigration lawyers in charge of representing asylum seekers and refugees.

Here are a few things I learned: 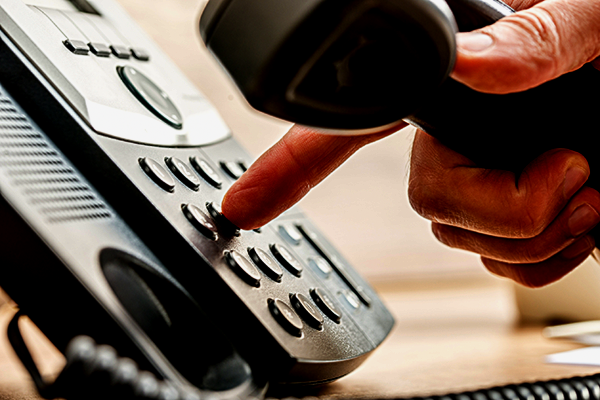 The Asylum Division suffers from a high staff turnover. Loss of trained staff means recruiting and training others to do the job. It is also understaffed. Officers have a hard time meeting quotas set by the president.

The budget is tight. USCIS is considering increasing its fees – but only for legal immigrants, since refugees and asylum seekers are not charged.

Officers interview asylum seekers by phone in 60 percent of the cases (except for families who are already in detention centers). They are under a lot of pressure, especially because they cannot see the interviewees.

In answer to an attendee who suggested asylum seekers should be allowed to apply for work authorization alongside their asylum claim, Lafferty referred to the existing law that forbids it. (Since 1995, asylum seekers have been eligible for work authorization only if their case drags on for more than six months; see here for an overview of the 1995 reforms.) The questioner's rejoinder was nothing short of provocative; she said with a smile, "They work illegally anyway, you know that..." Lafferty did not comment.

So let me see if I got this right.

The numbers of refugees and asylum seekers are increasing in a way that is overwhelming staff members. Many choose to leave after a year or two. True, some may be promoted or move on to different government posts, as Lafferty explained, but others simply give up.

We all know how important training and expertise are for jobs that require in-depth interviewing and screening. Asylum claims in general (like refugee ones) lack hard evidence, leaving "credibility" as a major key towards a positive outcome. The insight or intuition of an officer conducting interviews is crucial in that context. Call me skeptical, but I don't see how this subjective assessment can be obtained through a telephone conversation. USCIS staff must be aware of the unreliability of such interview tools, hence the added pressure. But let me speculate further. What if the asylum seeker doesn't speak English? The USCIS officer is then left with a translator at the other end of the line – not only can the officer not look the applicant in the eye, but he can't even hear the applicant's voice. Seriously?

Let's move to the funding issue. With more asylum applicants to screen and process, and money getting scarce, law-abiding immigrants – applying for green cards, citizenship, and the like – will be asked to take on the added cost through higher fees. This actually penalizes those who follow the rules. Also likely are increasing delays in the processing of applications for legal immigrants.

When lawmakers decided to waive application fees for asylum seekers (and refugees) they were probably driven by a desire to help vulnerable victims in need of a break. The idea that million-dollar immigration law offices would be representing men and women seeking refuge was probably not considered. Even if these talented lawyers are working pro-bono here, someone is paying the tab. Powerful lobbies have taken on the asylum and refugee cause; perhaps it is time they handled their protégés' fees as well. What is certain is that legal immigrants should not have to bear the consequences of this administration's humanitarian enthusiasm. You'd think those who follow the rules and do not make the news would be thanked, not penalized.