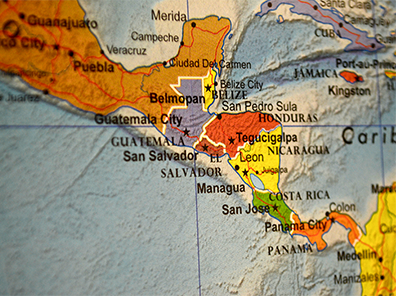 In an effort to resolve the border crisis, the Biden administration is reviving and expanding the Central American Minors Refugee/Parole program launched in 2014 (and expanded in 2016) by the Obama administration, and terminated in 2017 by the Trump administration. It enabled certain Central Americans in the U.S. to petition to bring their children here, the thinking being that if there were more legal avenues to come fewer unaccompanied minors would come to the border.

On March 10, the Biden administration announced it was “restarting the Central American Minors Program” in two phases: the first would process eligible applications that were closed when the program was terminated in 2017, and the second would begin to accept new applications, with updated guidance to follow.

The “updated guidance” arrived today. A “greater number of qualifying individuals” will now be able to access the program. That expansion of those who can take advantage of the program has two parts. First, it can be used not only by parents who are in the U.S., but now also by legal guardians. Second, more parents or legal guardians are now eligible. Originally, they had to be "lawfully present" in the United States, meaning on Permanent Resident Status, Temporary Protected Status, Parole, Deferred Action, Deferred Enforced Departure, or Withdrawal of Removal; today's updated guidance expands that to include those who have a pending asylum application or a pending U visa petition filed before May 15, 2021.

Eligibility to petition will now be extended to include legal guardians (in addition to parents) who are in the United States pursuant to any of the following qualifying categories: lawful permanent residence; temporary protected status; parole; deferred action; deferred enforced departure; or withholding of removal.  In addition, this expansion of eligibility will now include certain U.S.-based parents or legal guardians who have a pending asylum application or a pending U visa petition filed before May 15, 2021.  It will allow them to petition for access to the U.S. Refugee Admissions Program on behalf of their children who are nationals of El Salvador, Guatemala, or Honduras for potential resettlement in the United States.  These new changes will dramatically expand access to the CAM program.

We are firmly committed to welcoming people to the United States with humanity and respect, as well as providing a legal alternative to irregular migration.

The expanded Biden version will have more outreach, but the rationale is the same: Don't come here illegally because we will come get you in legally.

Will the Biden version of CAM be a Refugee/Parole program giving parole to those who do not qualify for refugee status (as was the case under Obama)? Will other types of humanitarian protection be offered to Central American migrants in CAM 3.0? Do the “children” in question have to be under 21 (the age limit was eliminated in CAM 2.0), could “caregivers” of those “minors” in El Salvador, Guatemala, or Honduras also qualify to join petitioners in the United States (like under CAM version 2.0)?

As background, the initial CAM Refugee/Parole program created by the Obama administration in response to the 2014 border crisis allowed parents 18 years of age and above who were lawfully present in the United States (on Permanent Resident Status, Temporary Protected Status, Parole, Deferred Action, Deferred Enforced Departure, or Withdrawal of Removal) to ask for their children to come and join them. To qualify, children (whether biological, step, or legally adopted) had to be unmarried, under the age of 21, and residing in El Salvador, Guatemala, or Honduras. They had to also meet the definition of refugee or be eligible for parole.

Faced with the limited number of people taking advantage of the program (for two main reasons: the majority of the Salvadoran, Guatemalan, and Honduran immigrants in the U.S. are here illegally and most Central American minors do not meet the refugee status requirements according to the UN refugee agency), the Obama administration decided to expand it in 2016 to include additional categories of applicants. First, the children no longer had to be minors: sons and daughters of a U.S.-based lawfully present parent who were over 21 years old could now qualify. Additional categories of applicants, when accompanied by a "qualified child" (the "child" whom parents are petitioning for) were also considered under this program, including the in-country biological parent of the qualified children (if only one parent was in the U.S.) and the caregivers of qualified children who are also related to the U.S.-based lawfully present parents (such as grandparents or aunts and uncles).

To recap, CAM Refugee/Parole program version 2.0 was no longer just for minor children sponsored by parents already in the U.S. — adult children, married children, biological parents, and "caregivers" were also eligible for the program.

For both versions, and as its name suggests, the program was two-fold: The refugee component allowed for permanent settlement (with lawful permanent residence one year after arrival and access to U.S. citizenship four years later); parole, on the other hand, was "temporary" and did not lead in itself to a permanent immigration status (an initial two-year stay and work authorization were provided — both renewable). "Temporary" in such a setting is akin to permanent.

The program offered two protection umbrellas, but only one passage in. Individuals had to apply for the refugee status first, with the help of a "resettlement agency" (a non-profit organization partly funded by the U.S. government to resettle refugees in the country). Unsuccessful refugee applicants were then automatically considered (and, for the vast majority, approved) for parole.

An outline of a possible CAM version 3.0 was included in the U.S. Citizenship Act of 2021, the White House immigration bill introduced by Democrats in the House and the Senate. I wrote about this possible version in March.

Here are few indicators of what CAM 3.0 under the Biden administration might look like, as described in the U.S. Citizenship Act of 2021:

The Obama-era two-in-one refugee/parole approach would be replaced with a new three-part version of CAM, with three distinct programs with three specific protection schemes:

Since the outline allocates two of the three proposed programs to migrants who simply want to join family members already in the United States, and only one program for potential refugees, the administration seems to be acknowledging that most of the border-crossers at the southern border are not fleeing persecution, but instead using protection claims as a means of family reunification.

Under the possible CAM 3.0 outlined in the legislation, the programs would no longer be limited to nationals of El Salvador, Honduras, and Guatemala; any other "Central American" country could be added to the list by the Secretary of State.

All three programs would give access to permanent residence in the United States (Under CAM 1.0 and 2.0, the parole status was "temporary" and did not lead in itself to a permanent immigration status; an initial two-year stay and work authorization were provided — both renewable).

As we await to see which CAM version/s will unfold in the coming months, we are left with the same question: Will expanding CAM actually convince people to apply for a ticket in instead of simply showing up at the border? This disincentivizing strategy did not seem to work for the Obama administration; it may not for this one either. Biden's plan may be more elaborate than Obama's, but there is no guarantee it will help resolve any border crisis.