This Just in from Chisinau: Summer-Work-Travel Prospects Dim 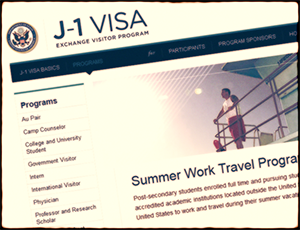 The latest word from the American embassy in Chisinau is that the prospects for the exploitative Summer Work Travel program (SWT) are again grim this year. My former colleague Jerry Kammer and I have written about this so-called international exchange program frequently; it is no more than a cheap labor scheme preying on foreign college students, partially subsidized by America’s elderly, afflicted, and unemployed, as we spell out below.

It’s the capital of Moldova, which is either Europe’s most poverty-stricken nation, or the second most, depending on who is counting. Moldova, which used to be called Bessarabia, is made up of a large former part of Romania and bits of what used to be Ukraine, and is one of the many small states created after the break-up of the Soviet Union. In previous years, it sent many people to the State Department’s controversial SWT program.

One of my wonderful, far-flung set of informants, Dave Root, who is visiting that nation, reached out to the U.S. embassy there at my request and asked about the prospects for, and the likely size of, the SWT program for people in that nation this summer.

This is the reply he received from the consular section of the embassy:

The program will occur in 2021, but very few embassies and consulates worldwide are able to conduct many interviews for SWT participants due to local COVID conditions. We expect to have some applicants this year in Moldova, but we do not have specific numbers at this time. It is not clear what percentage of the interested applicants we will be able to interview because we have to give priority to Immigrant Visa applicants who have been waiting for more than a year for their interviews. We have serious limitations on how many people can be present in our waiting room at one time. We encourage you to talk to some of the local agencies who recruit students in Moldova for the program, as they will have a better idea of how many interviews they receive.

This is a far more informative reaction to this question than we were able to pry out of the State Department here in Washington.

In normal years, most of the SWT visa-issuance process is over by this time of the year, so the report from Chisinau suggests that SWT will be operating at a shadow of itself again this year. That’s good news, indeed.

Background. Root, when stateside, is the leader of Victims of Immigration Fraud, an organization that struggles mightily with the all-too-common practice of aliens fraudulently marrying citizens (and some green card holders) in order to secure immediate relative visas, after filing so-called “self-petitions”. They contend that they were abused by their citizen spouses and the Department of Homeland Security often does not even tell the citizen of the complaint, much less give the citizen an opportunity to clear his or her name. Some of the horror stories in this field, collected by VOIF, were published here last year.

SWT, though it gobbles up American jobs, calls for no payroll taxes on them, which, in turn deprives needed income to the Social Security, Medicare and federal unemployment insurance trust funds.