Why Does it Take Over 20 Years to Remove a Criminal Gang Member? 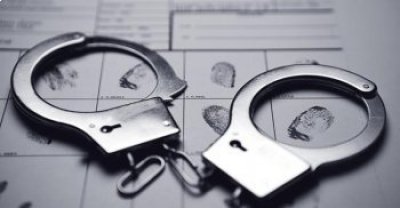 The other night, U.S. Border Patrol agents in the El Centro Sector (California) arrested a Mexican gang member trying to enter the country unlawfully. The Border Patrol should be applauded for capturing this dangerous alien and keeping law-abiding citizens safe. But the other details from the U.S. Customs and Border Protection (CBP) press release tell an alarming tale about the lengthy process it takes to remove even the worst illegal aliens from our country.

It turns out that this 44-year-old illegal alien member of the Sureño gang has quite the documented history with the Department of Homeland Security. According to CBP, he was charged with felony carjacking in Los Angeles, Calif., in November 1995 and subsequently convicted and sentenced to four years in prison. Next, in August 2005, he was charged with being a felon unlawfully in possession of a firearm in Bakersfield, Calif., and sentenced to 32 months (felony) in prison. He was not ordered removed from the United States until May 5, 2017. It is unclear when this illegal alien’s removal to Mexico was actually effectuated.

To recap, this dangerous criminal alien remained in the United States from at least President Clinton’s first term through sometime in President Trump’s term. In the absence of information suggesting otherwise, it appears that neither the Clinton nor the Bush II administrations deported this criminal alien after he completed his four-year felony sentence for carjacking. Again, neither the Bush II nor Obama administrations successfully removed him after his second felony conviction nearly 10 years after his first felony charge. Once he was released sometime in early 2008, it appears that this twice-convicted-felony-gang-member-illegal-alien roamed the streets of the United States for approximately nine years before he was finally ordered removed early in the Trump administration. There is no telling how many other crimes this illegal alien committed.

The most likely explanation for this criminal alien’s ability to remain in the country for two decades after his first felony charge is California’s dangerous sanctuary city policies that protect bad actors while jeopardizing public safety. Drug cartels and coyotes are also taking note: If it takes this long to remove a twice-convicted criminal gang member, the odds of your run-of-the-mill economic migrant being removed are practically non-existent. Fueled with this information, and the reckless rhetoric out of the Biden administration, illegal aliens will continue to surge across the border knowing they will never have to leave the United States.

As for the criminal gang member, CBP indicates that he is currently in federal custody pending his hearing for violating 8 USC 1326 (reentry of removed aliens). It is incumbent upon the Biden administration to keep this dangerous illegal alien in custody through the pendency of his hearing and then promptly remove him at the earliest possible time.