The Congressional Budget Office (CBO) released a report last week on the fiscal effects of immigration. Perhaps because it offers a theoretical discussion rather than new numbers, the report has been mostly overlooked in the media. That's a shame, as this report deserves to be read in conjunction with every numerical analysis of immigration policy that the CBO produces. The report emphasizes the uncertainties associated with fiscal estimates and it should help cast doubt on the CBO's famously positive top-line estimate of the Schumer-Rubio amnesty bill from two summers ago. 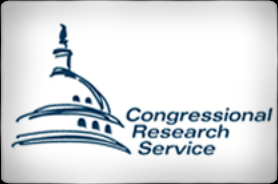 Consider the timing of revenue and expenditures associated with entitlement programs. The new CBO report correctly notes that, "If some [illegal immigrants] were granted legal status, the proportion paying income and payroll taxes would probably increase," causing an immediate revenue gain relative to baseline. The added costs will come further down the road, however:

Because younger workers are less likely to qualify for and claim Social Security benefits than older workers, CBO expects that relatively few of the people directly affected by legalization proposals would qualify for Social Security retirement, disability, or survivors' benefits in the near term, although those numbers would grow in subsequent years. ...

As with Social Security, proposals that would grant lawful presence to unauthorized residents would result in a small increase in the number of Medicare beneficiaries in the near-term, but have a greater impact in the longer term as those workers aged and then claimed benefits. [Emphasis added.]

Clearly, the time horizon is crucial when analyzing fiscal effects. That's true not just because of old-age entitlements, but because amnesties like Schumer-Rubio are structured to deny legalized immigrants certain benefits for a period of time. To again quote the CBO report:

The effects also would vary over time: In the first decade after enactment, the amount that the federal government spent on benefit programs might not rise significantly if waiting periods for benefits remained the same as they are under current law and if other eligibility rules were not changed.

Broadly speaking, the shorter the time period considered, the more biased the analysis will be toward amnesty. And yet when the CBO conducted its ="http:>

This is not a conspiracy — the CBO uses a 10-year budget window for most of its analyses and it specifically warned that the fiscal picture could change beyond 10 or 20 years — but it led to much confusion when people interpreted the report as "The Fiscal Effect of Immigration", period, with little or no qualifiers. It also led to apples-and-oranges comparisons with lifetime cost estimates, such as the comprehensive analysis published by the Heritage Foundation.

In fact, the CBO itself found that the amnesty bill's "on-budget" effect — i.e., excluding the Social Security old-age and disability trust funds — would be negative in the first 10 years. The positive estimates come from including payroll taxes paid by immigrants, but excluding much of the Social Security benefits they will receive later in life.

As for anti-poverty programs that immigrants might use before retirement, the new CBO report emphasizes the importance of demographic characteristics in predicting usage rates. But the CBO's actual assumptions about the age and educational attainment of immigrants who would receive amnesty remain unknown, as do many of its assumptions about actual welfare usage. (Immigrant households tend to receive a good deal more in welfare than native households.) In addition, the CBO notes the complex rules governing when non-citizens may receive welfare, but provides no estimates of how strictly the rules would be enforced.

Finally, the Schumer-Rubio bill involves more than just amnesty and provisions for increased high-skilled immigration likely help disguise the specific impacts of amnesty. In its new report, the CBO explicitly declines to separate different provisions of a comprehensive bill: "If proposals were combined into a single, more comprehensive immigration bill, estimates of the budgetary effects would take into account the complex interactions among the various provisions." In other words, it is impossible to argue, based on the 2013 report alone, that amnesty in particular is a good idea, or that the Schumer-Rubio version of "immigration reform" is optimal.

Needless to say, little of this nuance was mentioned by amnesty supporters when the 2013 report was released. "The report proves once and for all that immigration reform is not only right to do to stay true to our nation's principles, it will also boost our economy, reduce the deficit, and create jobs," Sen. Chuck Schumer (D-N.Y.) stated in a floor speech.

"Today's report from #CBO is proof positive immigration reform is good for our economy and will help reduce the deficit," tweeted Sen. Lindsey Graham. (R-S.C.)

Sen. Marco Rubio (R-Fla.) added: "The CBO has further confirmed what most conservative economists have found: reforming our immigration system is a net benefit for our economy, American workers and taxpayers."

All three should read the CBO's new report, and they should keep it handy when the next immigration bill comes up.