Are Warrants Really Required for Border Patrol Agents to Board a Greyhound Bus? 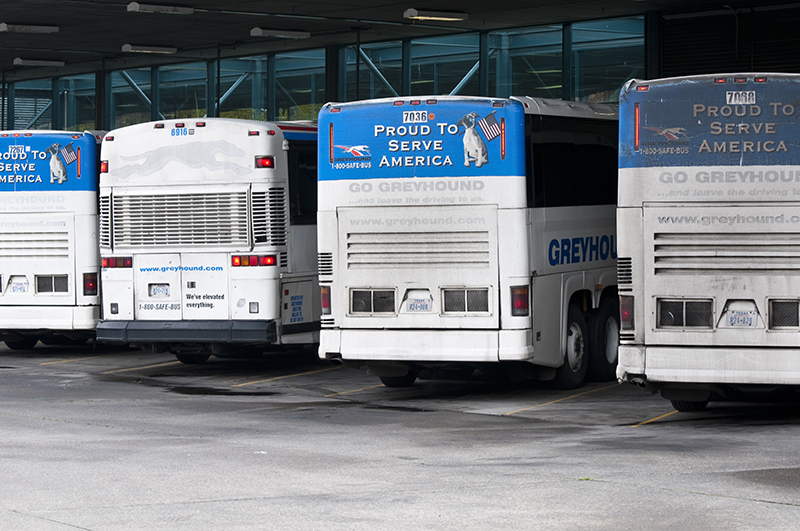 In the latest example of a well known company folding to "woke" progressives, the Greyhound bus company has announced that it will no longer permit Border Patrol agents to board their buses and conduct immigration status checks of passengers unless those agents present a warrant. Needless to say, the American Civil Liberties Union (ACLU) has applauded the move, as have a number of other alien advocacy groups.

The decision may have been predicated on a leaked memo issued by now-retired Border Patrol chief Carla Provost, which allegedly acknowledged such a need because the company's prior position was that, while they didn't like such "transportation checks" as they are known in Border Patrol parlance, they had no basis on which to object. In fact, the argument they made then was akin to the argument I make below.

While these checks may be controversial, at least to some folks, speaking from my years of experience and knowledge, they have repeatedly proven their worth because they have, often enough, resulted in arrest of previously deported felons making their way from border areas back into the interior; halted migrant trafficking schemes (leading to the rescue of minors or women being forced into sexual slavery); and the discovery of loads of contraband drugs, money, and weapons heading north or south, east or west, along the nation's highways. What's more, they are almost without exception conducted in a low-key and unintrusive manner, often with the agents doing nothing more than a quick scan of the bus interior and passengers without asking a single question.

But to go back to this memo, which I acknowledge I haven't seen, other than the snippets quoted in news articles, I can't help but wonder: What is the basis for a claim that a warrant is needed to conduct a check on a public conveyance that operates in interstate commerce? The federal government is inherently involved in oversight and regulation of these conveyances, and has an interest in assuring that they are not, intentionally or unintentionally, facilitating illegal activity in the conduct of their business, most especially not on interstate highways whose construction and maintenance are, by and large, funded by U.S. taxpayers. Such buses are unambiguously not in the same legal position as private motor vehicles; they are more akin to passenger trains and commercial airlines. If, as cited in the media, it's because such checks "would not cause a reasonable person to believe that he or she is unable to terminate the encounter with the agent", it seems to me that defect (if indeed it rises to the level of a significant legal objection) could readily be cured through a short announcement by the agent(s) upon boarding the bus. Why toss the entire process?

Further, it is well established doctrine that even private vehicles may be briefly halted at Border Patrol transportation checks anywhere within 100 miles of the border. Are the occupants of such vehicles completely free to drive away? If this is lawful, and the Supreme Court says it is, then why would a warrant be needed to conduct a cursory check of a public bus getting ready to depart from, say, El Paso en route to Chicago?

Ask yourself this: Will Greyhound next announce that the same policy is going to be applied to all law enforcement agencies in the United States? Will they deny police officers and sheriff's deputies access, for instance, to look for an escaped prisoner absent a warrant? If not, why not?

Maybe it's time for someone at the Justice Department's Office of Legal Counsel to peer over the shoulders of whoever in the Department of Homeland Security's various legal offices, including the Border Patrol's, are engaged in the drafting or approval of such memos before they get issued, let alone leaked with such damaging results.