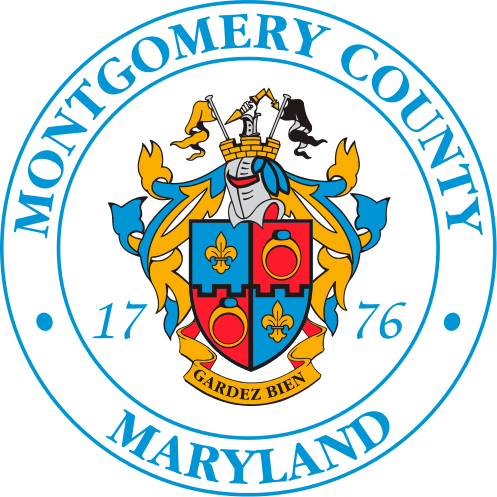 Two Salvadoran nationals who are in the United States illegally have been charged with raping a then-11-year-old girl (the sister of a "friend") on numerous occasions. Her "sanctuary county", Montgomery County, Md., provided no sanctuary to her. And it is not likely whether it will do so for future victims, either.

The story also reveals the shocking indifference of much of the press when the victim is poor and the alleged perpetrators do not fit the media narrative.

WJLA, the ABC affiliate in Washington, which broke the story last week, provided details about the case. The purported abuse came to light last month when the victim (now 12) confided in a social worker at the middle school she attended in the Montgomery County suburb of Germantown, about 26 miles from the center of Washington, D.C.

That news report states that the victim met Mauricio Barrera-Navidad (who is now 29 and the father of four children himself) at her older brother's birthday party in Germantown in July 2018. The police reported that Berrera-Navidad raped the girl in a bedroom at the trailer park where that party was being held.

Thereafter, she was introduced to Carlos Palacios-Amaya, a friend of her older brother, in September 2018. The then-27-year-old Palacios-Amaya subsequently raped the victim "on multiple occasions", according to authorities. "The victim recalled one instance where Palacios-Amaya 'used his cell phone to video record the two of them having sex,' police noted in court documents."

WJLA reporter Kevin Lewis (who broke the story) tweeted more details about those alleged offenses on August 13. I am not going to link to that specific tweet due to the graphic nature of the specific offenses with which Palacios-Amaya has been charged, but trust me, they are bad.

U.S. Immigration and Customs Enforcement (ICE) described Palacios-Amaya as a "repeat immigration violator", who was removed from the United States in 2014 and subsequently reentered at an unknown location. Barrera-Navidad has been under a final order of removal since December 2016 according to ICE, but has apparently remained ever since.

That was an eventful week in Montgomery County, and not in a good way. On July 22, County Executive Marc Elrich (D) signed a sweeping executive order (captioned "Promoting Community Trust". Among the highlights:

Immigration detainers, that are not accompanied by judicial warrants, are civil detainers for which the federal government bears sole responsibility.

No agent or department may arrest or detain a person based on an administrative warrant, an immigration detainer, or any other directive by DHS, on a belief the person is not present legally in the United States or has committed a civil immigration violation.

(2) permitting immigration enforcement officials access to a person being detained by, or in the custody of, the agent or department; or

(3) permitting immigration enforcement officials use of non-public space within a government facility, information or equipment for investigative interviews or other investigative purposes.

Any request received by an agent or department from immigration enforcement agents or officials to detain or notify immigration officials regarding a person in custody shall be provided or communicated to the subject of such request within 48 hours. Where such requests are in writing, the subject of the request shall be provided a copy of the request.

You can watch Elrich beaming as he announces and signs the order yourself. But to be clear, it bars ICE from non-public areas in the County jail, in other words, where the criminals are kept.

Speaking from the podium in a room full of activists and members of the press, Elrich opined that the mandate will strengthen trust and safety within the county of nearly 1.1 million residents.

"If ICE thinks it's really important, they can probably get here. You know, they've got cars. They know where the jail is. They know where the pre-release center is. ... It's not my job to do that part of their job," Elrich stated with a slight grin on his face. "If ICE manages to be outside the [jail] door when someone walks outside the door, I can't do anything about that, but if they ask us on anything other than a judicial order, then we're not holding them."

"It's really partly the definition of terrorism, to take the civilian population and subject them to constant fear, that is terrorism in its basic form," Elrich remarked. [Emphasis added.]

ICE responded to the order shortly thereafter. Frank Madrigal, the deputy director of ICE's Baltimore Field Office, asserted (logically) that the order "makes it more difficult for us to do our job. ... Something problematic is going to happen." As I have point out previously, and WJLA reported:

According to ICE, the policy will force its agents to intercept wanted, undocumented immigrants in more fluid locations like residential neighborhoods, shopping centers, Metro stations and the jail parking lot. ICE fears a ban on secure, jail custody transfers will result in federal agents, undocumented immigrants and innocent bystanders being injured.

The order (and its implementing documents) also has the added side effect of being vague:

For example, a memo issued Tuesday by the acting director of Montgomery County's Department of Corrections and Rehabilitation stated jailers will "respond to ICE detainers meeting priority classification as directed by the County Executive." Yet, the memo does not define what is (or isn't) a "priority classification."

Mike Tyson once said: "Everybody has a plan until they get punched in the mouth." WJLA (metaphorically, of course) gave it to Elrich and his executive order following the arrests of Barrera-Navidad and Palacios-Amaya in its reporting on the case on August 15:

In a written statement released at 8:50 p.m. [August 14], Elrich called the alleged, repeated rape of an 11-year-old girl "horrible." Elrich further expressed confidence that "justice will be served" within the court system.

But will Montgomery County abide by the immigration detainers ICE has lodged against Palacios-Amaya and Barrera-Navidad? Elrich says yes, explaining that his new executive order blocking ICE's access to county lockups does not pertain to cases involving "serious crimes."

It remains unclear if county leaders have compiled a list of "serious crimes" or if they are handling ICE detainers on a subjective, case-by-case basis. ABC7 has asked for clarity on no less than three occasions dating back to July 25. No answers have been provided as of this story's publication.

Despite the county executive's (accurate) depiction of the alleged offense, county law enforcement continued to express confusion about the "guidelines and parameters" of the executive order, as of August 15:

A number of police sources [told WJLA reporter Kevin Lewis] they suspect there are no direct answers.

The Montgomery County police department has not issued any press releases that I can find that provide any additional elucidation. Don't look for any help in the newspaper of record for the National Capital Area, the Washington Post. A search of its website for "Mauricio Barrerra-Navidad" and "Carlos Palacios Amaya" returned no results. Not that the paper does not report on Montgomery County rape cases.

The Montgomery County Council did issue a press release on August 16 (three days after the case was reported by WJLA and ICE) that identified the pair of suspects as being here illegally, stating that they were "heartbroken to learn about the rape of an 11-year-old girl in Germantown and will continue to keep her in our thoughts" and "will ensure that the victim and her family receive the assistance and necessary support to overcome this tragic event in their lives." It asserted:

After determining that the suspects are undocumented immigrants, U.S. Immigration and Customs Enforcement (ICE) requested that the County notify them if and when the two men are scheduled to be released from custody for any reason. The County will do so, consistent with the new Executive Order for notification of the release of individuals charged with serious crimes.

But again, the council did not explain how that notification would be effectuated, "consistent with the new Executive Order".

One last point: Had the police charged two individuals with the rape of an 11-year-old girl in a mansion in a D.C. suburb like Potomac, Chevy Chase, or McLean (or in Scarsdale, N.Y.; Highland Park, Ill.; Atherton, Calif.; or any other of Bloomberg's "100 Richest Places" in America), the story would be top of the fold news in every paper, and would receive hourly updates on network news programs. Why is that offense any different when the crimes were alleged to have happened in or near a trailer park in Germantown?