Who Got the Jobs in North Carolina?

The Gang of Eight immigration bill (S.744) passed by the Senate last June would have roughly doubled the number of new foreign workers allowed into the country, as well as legalized illegal immigrants already here. North Carolina Sen. Kay Hagen (D) voted for it. An analysis of government data by the Center for Immigration Studies shows that, since 2000, all of the net increase in the number of working-age (16 to 65) people holding a job in North Carolina has gone to immigrants (legal and illegal). This is the case even though the native-born accounted for 61 percent of growth in the state’s total working-age population.

This analysis is based on the “household survey”, collected by the government. The survey, officially known as the Current Population Survey (CPS), is the nation’s primary source of labor market information.1 Many jobs are created and lost each quarter and many workers change jobs as well. But the number of people employed reflects the net effect of these changes. We focus on the first quarter of each year 2000 to 2014 in this analysis because comparing the same quarter over time controls for seasonality. We also emphasize the economic peaks in 2000 and 2007 as important points of comparison. However we also report figures for every first quarter between 2000 and 2014 in Table 1.

This analysis focuses on those 16 to 65 so that we can examine the labor-force participation rate (share working or looking for work) and employment rate (share working) of native-born Americans.2 Labor-force participation and the employment rate are measures of labor-force attachment that are less sensitive to the business cycle than the often-cited unemployment rate. Immigrants (legal and illegal) are individuals who are not U.S. citizens at birth. Prior research indicates that, of immigrants in the CPS, about half in North Carolina are illegally in the country.3 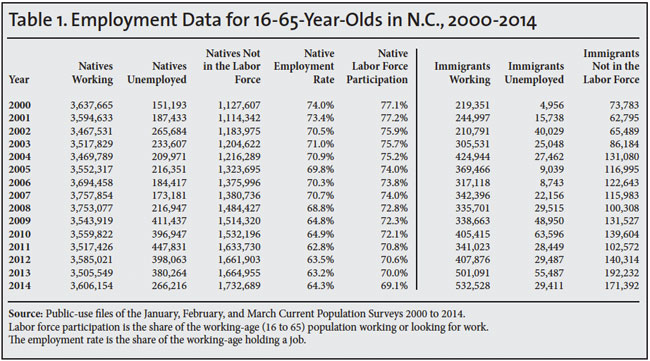 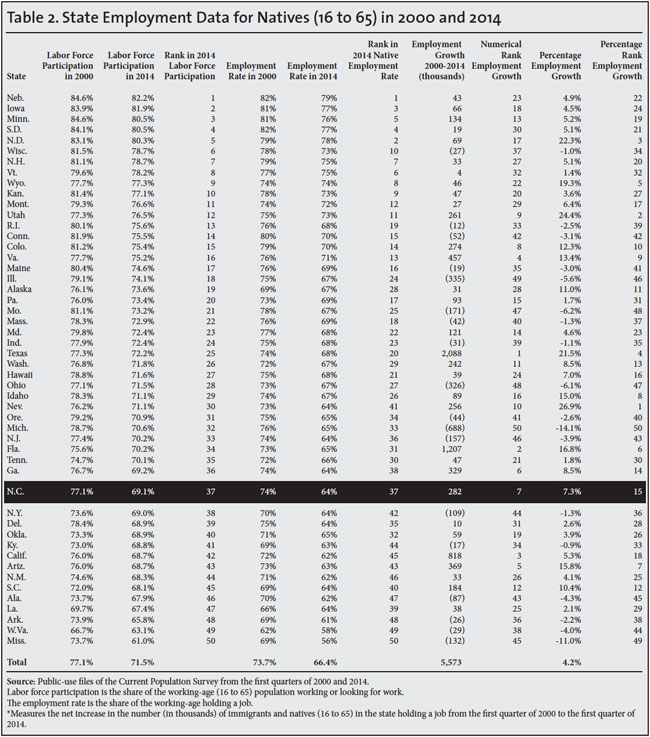 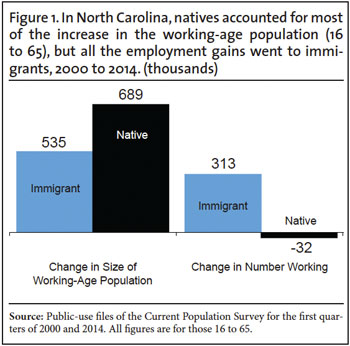 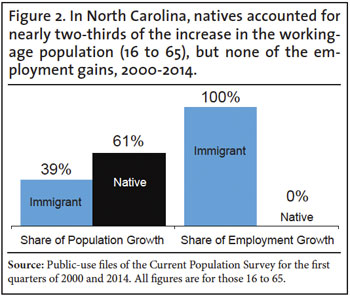 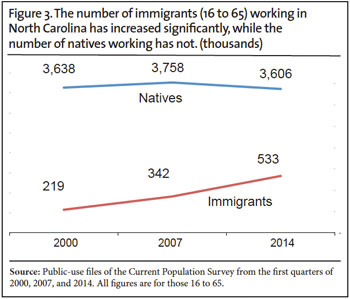 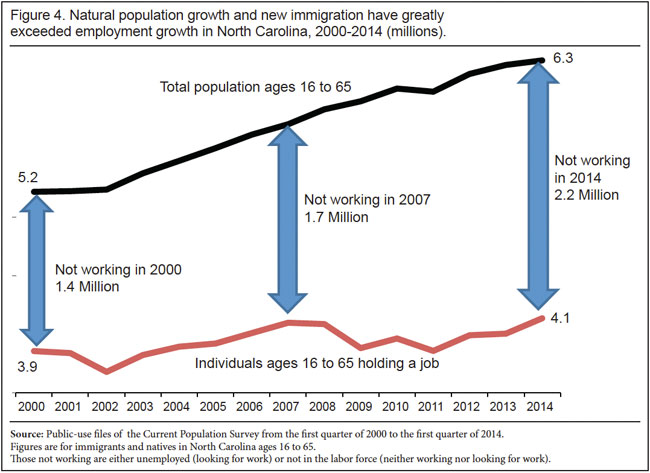 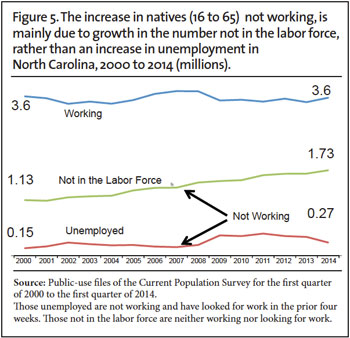 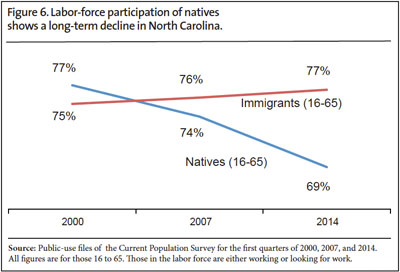 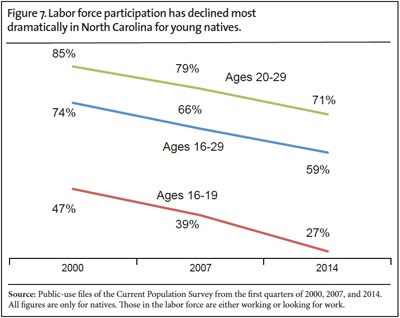 1 We do not use the “establishment survey”, which measures employment by asking businesses, because that survey is not available to the public for analysis. Equally important, it does not ask if an employee is an immigrant. The Current Population Survey does not include those in institutions such as prisons.

2 Those 16 to 65 years of age account for some 95 percent of all workers. When examining the share working or in the labor force it is necessary to limit the age range because, although the under-16 and over-65 populations are quite large, only a small share of each work.

3 The Department of Homeland Security estimated 360,000 illegal immigrants in the state in 2012. The total immigrant population (legal and illegal, working and not working, of all ages) in the state in 2012 was 753,000, based on the American Community Survey (ACS). The Department of Homeland Security and others have estimated that about 90 percent of illegal immigrants are included in Census Bureau data such as the CPS and ACS. Thus, in 2012 about half of North Carolina’s immigrant population were illegal aliens. The monthly CPS (2012 to 2014) shows significant growth in the state’s total foreign born. Therefore, it is possible that the illegal share of the state’s population may have changed somewhat between 2012 and 2014.