It's About Time — Two EB-5 Fraudsters Are Sent to Jail 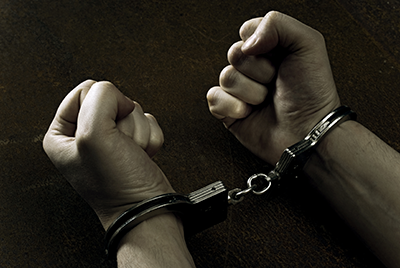 After years of writing about the numerous and substantial frauds in the EB-5 program, I now can report that two people are going to jail for immigrant investor program crimes.

Each of the cases involved more than $100 million in misused EB-5 investments, with the actual thefts involving more than $10 million each. The cases had nothing to do with each other, but both show how badly the EB-5 program is managed by the Department of Homeland Security, an agency whose skill set does not include regulating high finance.

The EB-5 program currently gives a family-sized set of green cards to alien investors who place half-million-dollar investments through a DHS-approved regional center. The program, which keeps getting renewed by Congress for short periods, is due to sunset again on September 30. But the middlemen who benefit from the program (including some of the president's in-laws) are likely to secure the program's renewal again without any of the reforms it needs so badly. I hope I am wrong about that.

Earlier this month, Lobsang Dargey, said to be a former Tibetan monk, was sentenced to four years in prison for his crimes as part of a plea agreement. In addition to prison, Dargey agreed, along with associated firm Path Othello LLC, to disgorge $18.4 million. In these cases the question of deportation is handled separately and years later.

Dargey talked scores of investors, mostly from China, into buying into his Seattle real estate ventures.

Earlier in the year a similar conman was sentenced to three years in jail for an even bigger swindle in Chicago. This one was so dramatic that it reached the cover of Fortune magazine, even before sentencing. The promoters said it would be the:

"World's First Zero Carbon Platinum LEED-certified and 100% Allergen Free convention center and hotel complex." Lest anyone doubt its global eco-import, the project's developer was branding it as a "Kyoto Protocol Centre." At a projected cost of $913 million, it was to include three connected towers — 14, 17, and 19 stories tall — containing five upscale hotels with 995 suites and rooms, four levels of convention space, a green roof with a spa and yoga studio, a miniature golf course, and a 1,720-car "automatic robotic" parking garage.

The man behind the scam, Anshoo Sethi, now in jail, had told his gullible investors (and the equally gullible U.S. government) that he was investing $177.5 million worth of real estate in the project. However, that investment consisted of a modest motel, occupying two-plus acres near Chicago's O'Hare Airport, that had been purchased by Sethi's family for $10 million, a fact that any of the investors — or any DHS employee — could have discovered in the city's land records. But no one checked until years later.

One hopes that these sentences will discourage other would-be EB-5 fraudsters, but while there have been dozens of accounts of similar schemes (as shown on a CIS-created map), so far these are the first to have led to well-deserved prison sentences.