Foreign Students, Despite Blather to the Contrary, Do Not Help the Economy 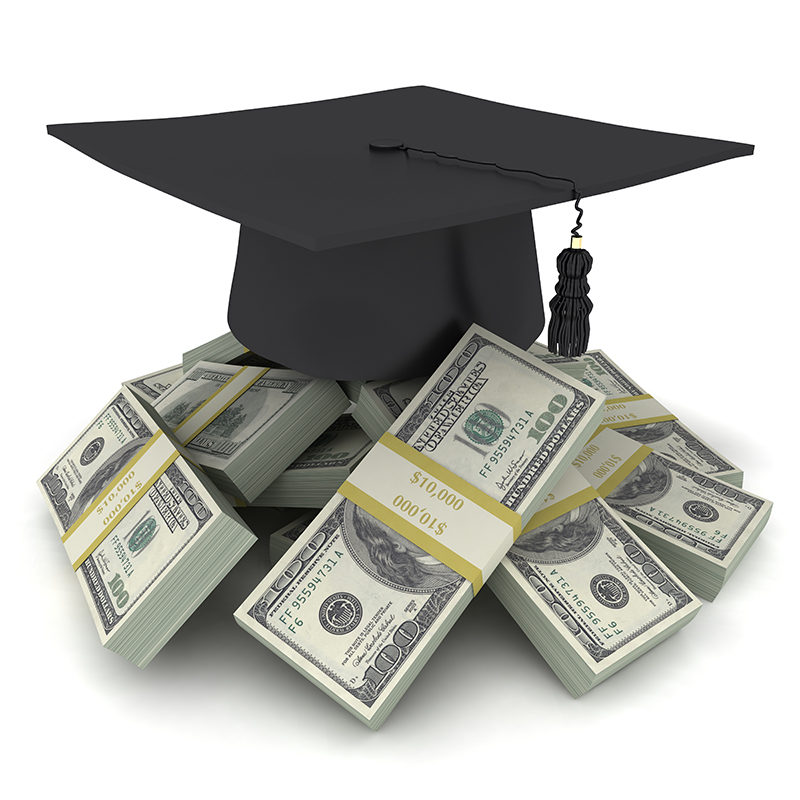 The pro-foreign-student lobby has argued for years that the presence of such students is a huge (currently they say $45 billion-a-year) boost to the American economy.

While teaching a number of foreign students — preferably a smaller and more selective group than we have now — is a good idea for non-economic reasons, the economic boost is a myth. Let's assume that foreign students do indeed bring in billions of dollars, but those billions are totally outbalanced by hidden billions in U.S. tax, endowment, and other funds spent by educational institutions subsidizing those, and other, students.

Using rough estimations, but no rougher than those of the Institute of International Education (IIE), the source of the $45 billion figure, we find that if the students bring $45 billion or so with them, they then proceed to consume something like $119 billion in U.S. assets, for a net expenditure by U.S. institutions of about $74 billion a year.

If I sell an apple that costs $3 to grow for $1, I did, indeed, receive the dollar, but I have a loss of $2; but IIE focuses only on the single arriving dollar and ignores the massive hidden subsidies that are part and parcel of U.S. higher education. This statement holds true for the huge majority of higher education institutions, the non-profits or the state-run; a small minority of arriving foreign students go to the controversial for-profit colleges and universities, and they do, in fact, boost our economy in a small way.

Let's think about two aliens coming to the United States, each with $10,000 in hand. Sam is a tourist, and Joe is a grad student.

Sam spends a month here, seeing the sights, eating in our restaurants and staying in our hotels. With the exception of a subway ride, and a visit to a national park, Sam deals with the non-subsidized economy. When he buys a meal he is paying the full ticket. Soon his $10,000 is gone and he flies home having spent that sum in the non-subsidized segment of the economy. Sam is a clear contributor to our economic well-being. Let's hope he had a good time here, and thinks well of the States.

Joe, however, is a grad student and uses his F-1 visa to get into a decent American college. He knows — though the lobbyists seem to forget — that virtually everyone in higher education, even without a scholarship, never pays the full cost of that education. If he is in a state school, then that state's taxpayers will be helping support the school. If he is in a private institution, the school's endowment will finance some to a lot of the costs he creates. In some universities, profits from the athletic program may help financially. Only if Joe is in one of those for-profit schools is it possible that he is actually helping the economy.

Joe lives in college-subsidized housing, and pays tuition. Joe does not have a scholarship, but he nevertheless is not meeting the full costs of his education. For every $10,000 of his own that he spends on his education he may be getting a hidden subsidy ranging from a few hundred dollars to more than $100,000, depending on the extent to which his alma mater is subsidized. (Some of the greatest levels of support come from well-endowed places, such as in the Ivy League, and, surprisingly, as we detail later, from West Coast community colleges.)

The difference between Sam's expenditures, a total boon to the economy, and the drag created by Joe are totally ignored by the Institute for International Education that regularly, with substantial State Department support, runs a useful survey on the number of foreign students; the reports bear the name of "Open Doors", with the title reflecting IIE's mindset.

The most recent such survey claims the $45 billion, which is based on the collective estimates of international student advisers on the net amount of money that the students bring to the United States with no thoughts of the subsidized world in which they live. I am not arguing that billions do not arrive this way; my point is that they fund only part of the education that is received.

To what extent do these students pay their own way? In order to cast some light on this question, we located two data sets that I do not believe have been used for this purpose. The one we used most of the time was the, often-audited, financial reports of the schools; in a few cases we used the Form 990 reports filed with the IRS when the financial reports were missing or incomplete.

The measure we used was a clear-cut one: the ratio of the net tuition and fees paid by all students to the total educational expenditures of the schools. We looked at a 5 percent sample of the 500 leading institutions in terms of foreign-student enrollment. We found that students (all of them, not just the foreign students) chipped in about three-eighths of the cost of their education. In some cases, and we do not have an estimate for that, foreign-born students pay at higher tuition rates than their citizen classmates and thus pay more than the 37.6 percent average. But if your school, to take an extreme example, gets only 10 percent of its costs from tuition (the Coast Community College District in southern California; see Table 1) then the best thing to say about the economics of the foreign students' involvement is that the institution loses a little less money when dealing with them rather than with citizens.

Harking back to our examples of Sam the tourist and Joe the student, sometimes Joe acts like Sam and spends in the non-subsidized part of the economy, and when that happens that closes the gap a bit on the nearly 2:1 subsidy ratio just described. It is a factor, but we found no way to estimate it. On the other hand, many PhD students in the better class of universities pay nothing at all for their education; this fact, which we cannot find a way to measure in this context, supports the nearly 2:1 ratio.

Let's look at the basic math. To get an idea of the extent of the subsidies offered in higher education, we started with a DHS list of the 500 higher education institutions with the most foreign students; this is not for 2019 or 2018, as one might hope, but for 2017 — DHS is slow to produce some of its numbers, particularly on foreign students.

We then selected a 5 percent sample of the schools, starting with the No. 1 institution (USC), then going to the 20th one (University of Minnesota), etc. Then we calculated the net tuition as a percentage of the total operating expenses of each of the sampled universities, finding a wide range of 10 percent (Coast Community College) to 95 percent (DePaul University in Chicago). The unweighted average turned out to be 37.6 percent.

The final step was to convert the percentage paid by net tuition and fees to the size of the subsidy for each $10,000 received from the foreign students. At 37.6 percent and with the total cost being $26,500, offset by the $10,000, the subsidy would be $16,500. These are averages for the sampled universities.

Intrigued by the high subsidy rates for community colleges, we then, in Table 2, noted each of the 15 community colleges among the top 500, using the same methodology. Community colleges, while they play a relatively minor role in the foreign-student business, play a generous one. Instead of a 37.6 percent student contribution rate, as with colleges, generally, this group of 15 showed a rate of 24.2 percent, indicating a subsidy of about 3:1.

Most foreign students do not attend community colleges (about 8 percent of the total), but those who do seem to get an even higher level of subsidy than if they attended other types of higher education facilities.

When I discussed what I found with policy analyst Jason Richwine, he asked a useful question: "If the numbers play out that way, why do some universities lobby for more foreign students?"

There are at least four answers:

Given the massive (if hidden) subsidies that foreign students receive while in school, and the even more hidden ones that many of them and their post-degree employers get through the Optional Practical Training (OPT) program, the time has come to cut back on some parts of the foreign student programs.

Further, some parts of the current system are used by aliens to skirt our immigration laws, such as the extensive use of ESL programs as a route to illegal employment. Further, there is the presence of truly borderline schools that, while they cannot secure accreditation by a U.S. Department of Education-recognized entity, are allowed by Homeland Security to cause the admission of foreign students.

With those thoughts in mind, we should do the following:

The adoption of these reforms would limit the foreign-student program to those who genuinely want to study here (not attend a school so that they can work here), would see to it that our foreign student population is of a higher average caliber than it is now, and the students, on average, would get a better education than they do now.